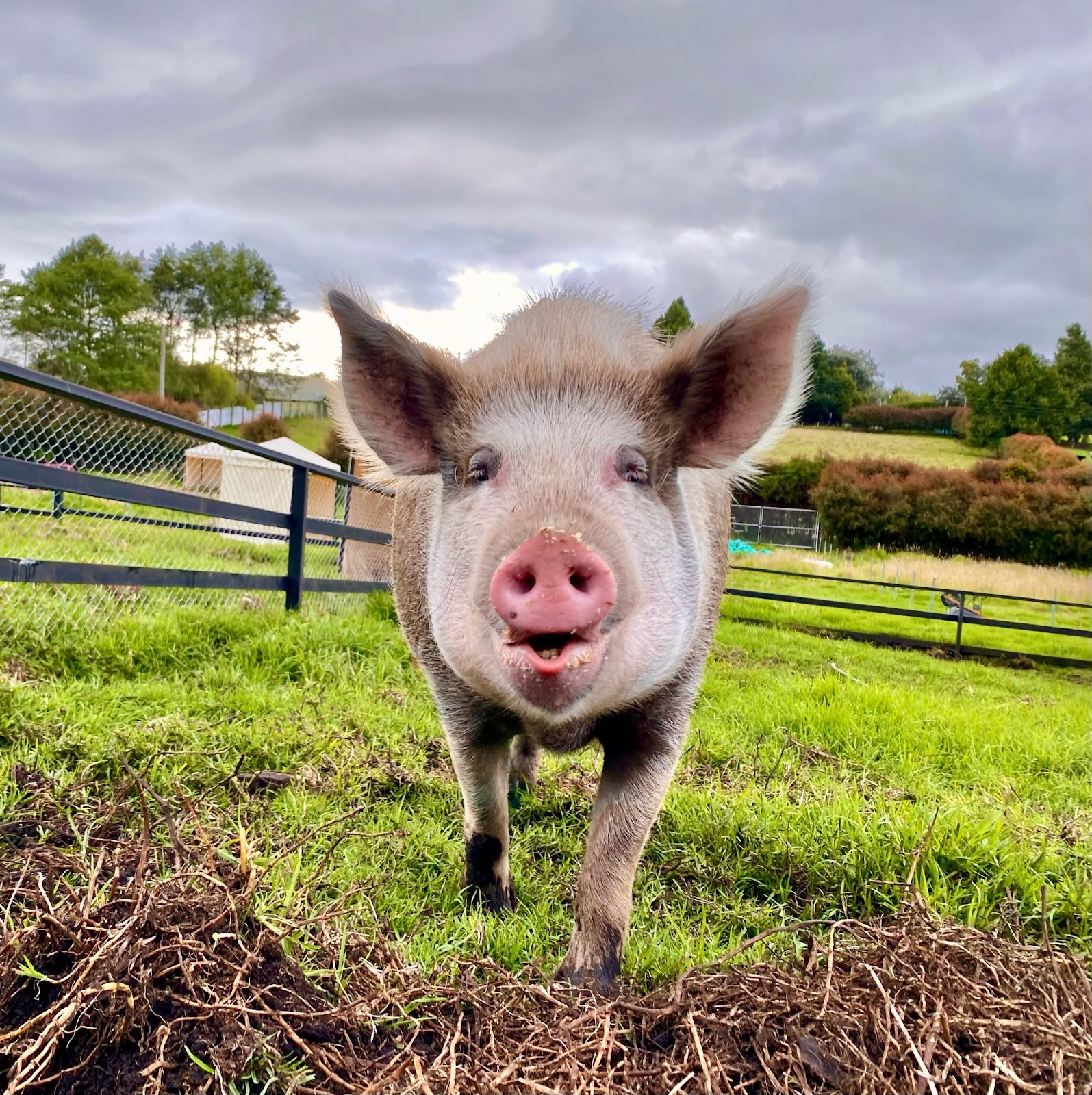 We were able to take in 28 animals, Ginny was one of them. Ginny was a young pig but she was too small for her age due being malnourished, her beautiful red hair was falling off and her skin was dry and peeling off. During vet check a big scar was found on her belly that she got by the time she spent tied up to a tree through her first years of life until then.

Now, our beautiful girl (three sizes bigger than when we rescued her), lives a dreamy life surrounded with love and care, enjoying yummy fruits and warm hay, finally running free.