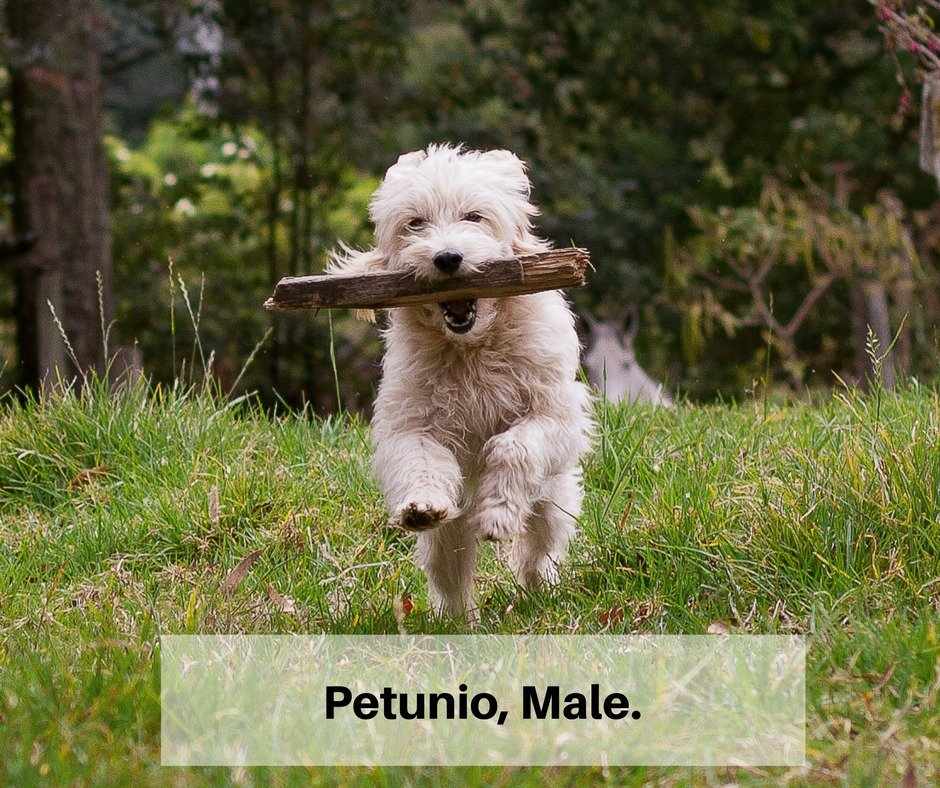 Petunio came to us from a neglectful previous owner, the same family who had condor and Cariñoso. One day, he literally was sleeping on Juliana’s bed, just like that. Then, he guided Juliana where there were more dogs in need where he was living. Juliana gave food to him, but then he called the other dogs so they could eat.

Now, despite being the smallest in the area assigned to him, he is the boss of the other dogs he lives with: Dali, Khalindi and Jiva. Petunio is a picky eater, so we put vegan BBQ sauce on his food. Sometimes we even have to hand feed him!

Despite his quirky behavior, it doesn’t take long before Petunio works his way into our hearts. He is available for sponsorship!