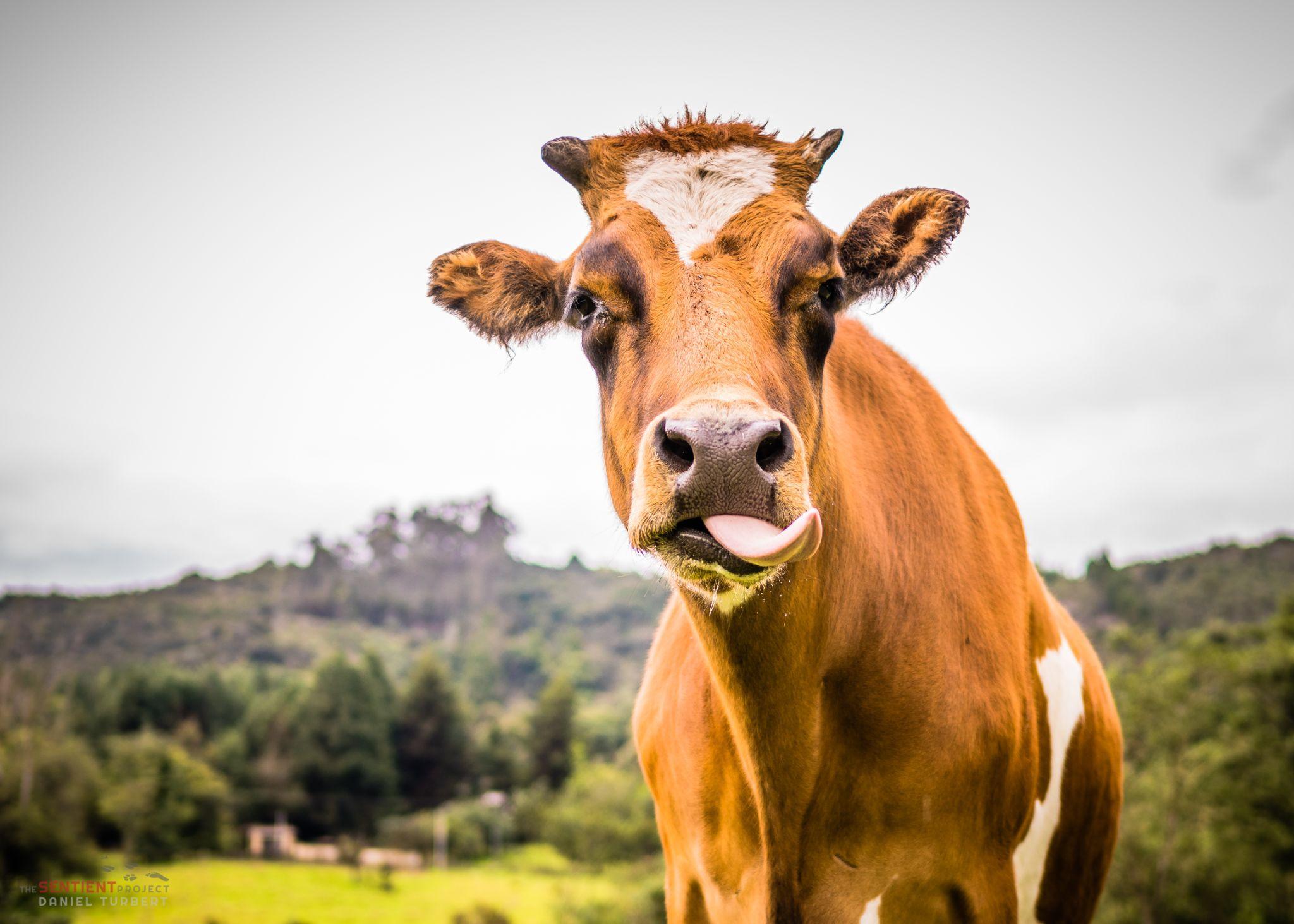 Check his amazing story, by The DoDo HERE

They call him the “gentle giant,” but not too long ago he was just a calf with an uncertain future.

Balarama the ox is the son of a dairy cow who escaped from the farm. In a stroke of incredible luck, she happened upon the only farm animal sanctuary in the South American country of Colombia, Juliana’s Animal Sanctuary. 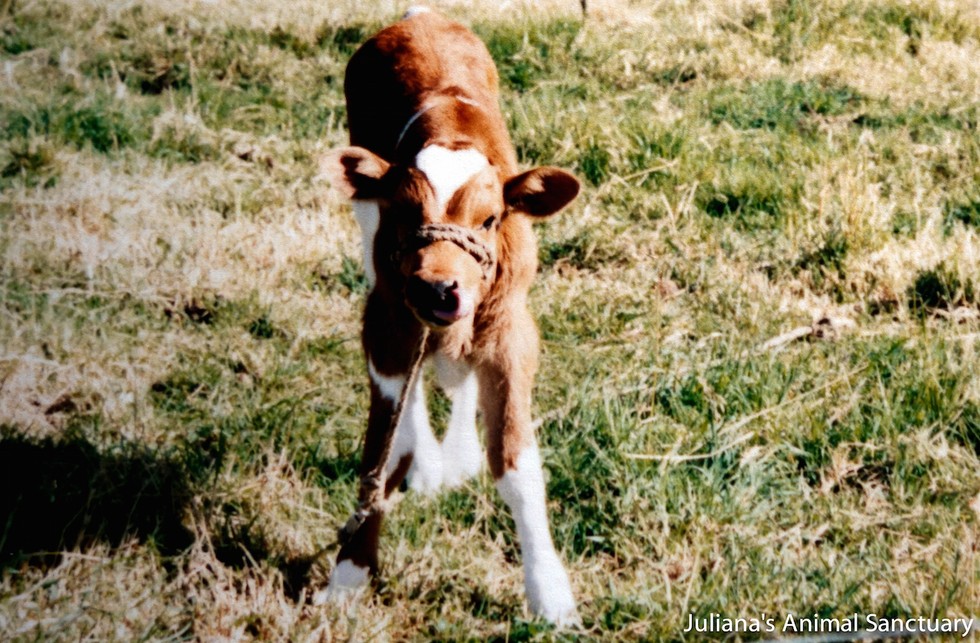 The rescue of Balarama

Rescuers at the sanctuary believe that Balarama’s mother knew instinctively that her calf would be destined for a less-than-happy life, that is why she escaped.

In the few hours, Juliana’s Animal Sanctuary gave the mother cow shelter, she gave birth to a tiny calf. The males are useless to the dairy industry, so he was going to be slaughtered.

When the dairy farmer arrived, he was going to take both mother and calf away, but the people at Juliana’s farm just couldn’t let the baby, so new to the world, get sold to a place designed to kill him. They begged the farmer to let them keep at least the boy, who was of no use to him. 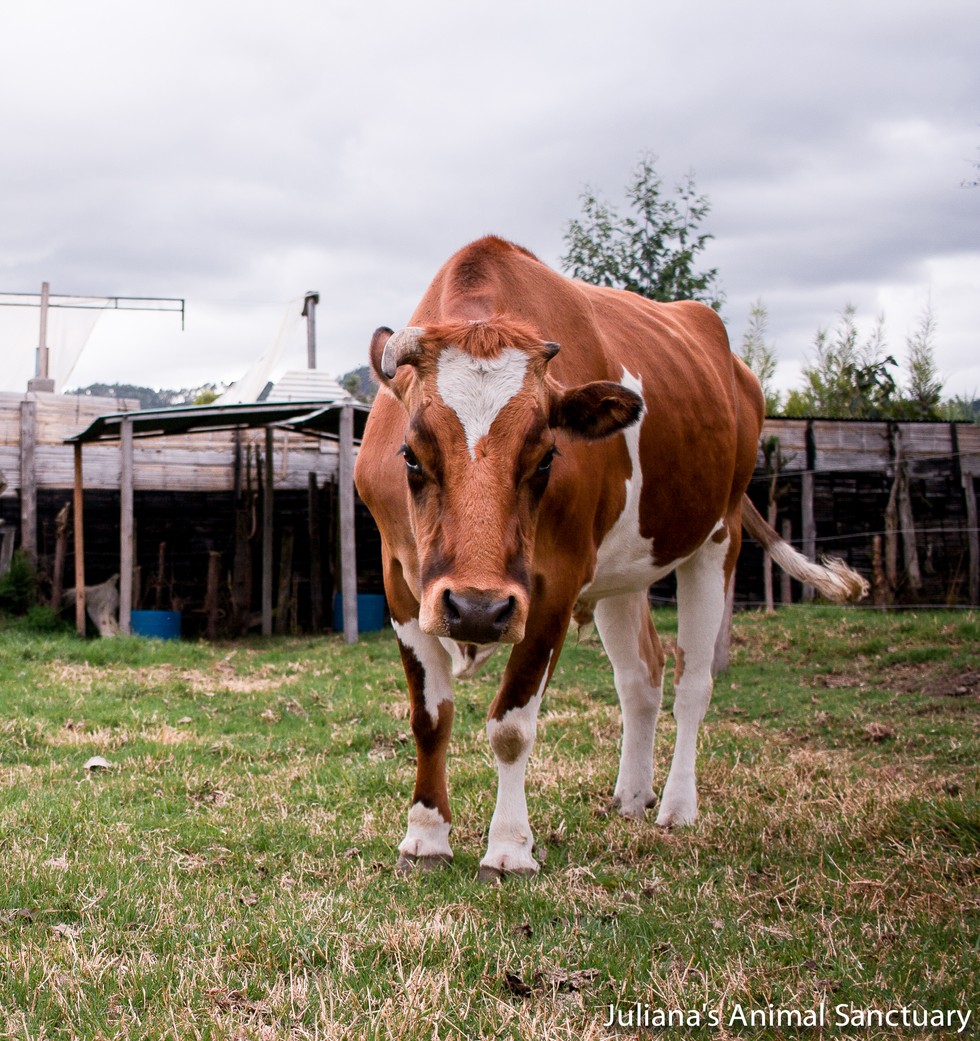 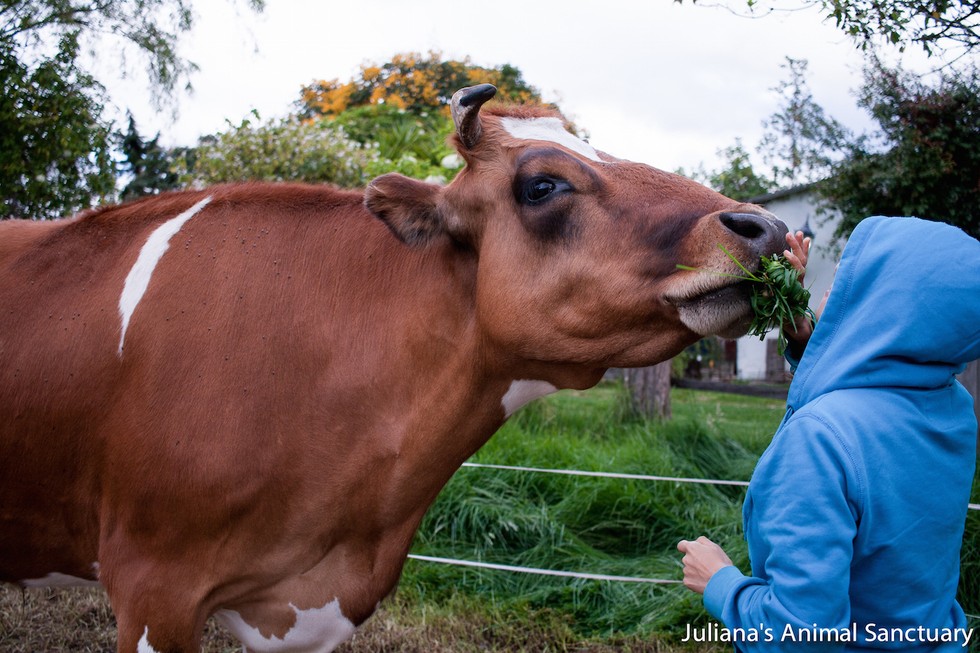 While his mother wasn’t so lucky, the white fur on her son’s forehead is in the shape of a heart. As if in memory of the love that kept him alive. 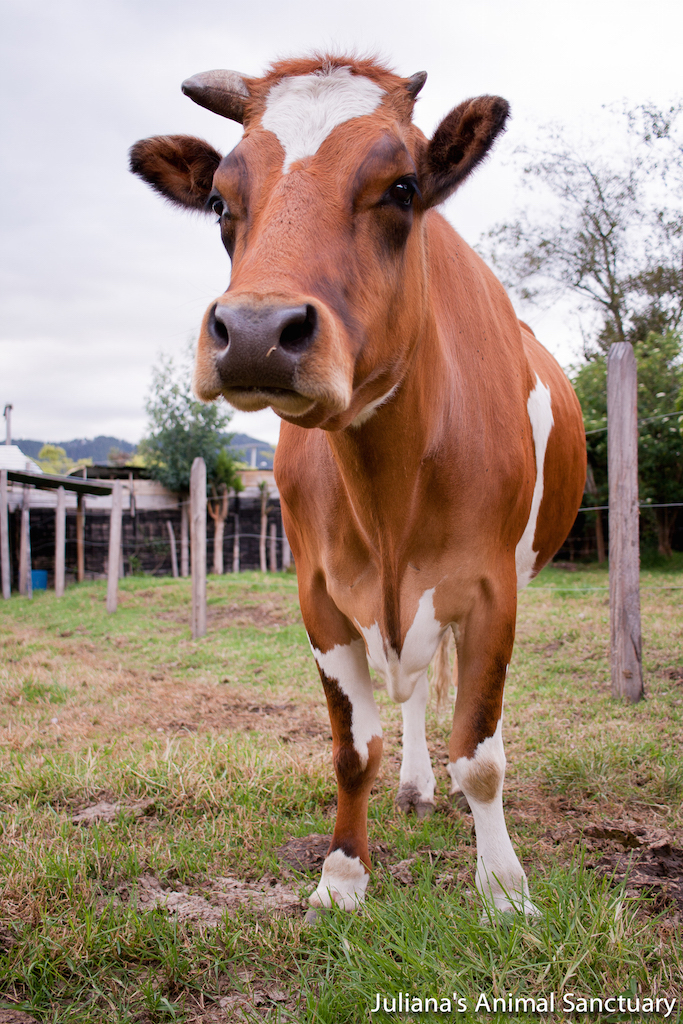 Thanks to his mother’s escape, however brief, Balarama has had the fortune so many others haven’t:

Juliana’s Animal Sanctuary is the only sanctuary of its kind in Colombia. You can help them continue to save animals like Balarama here. 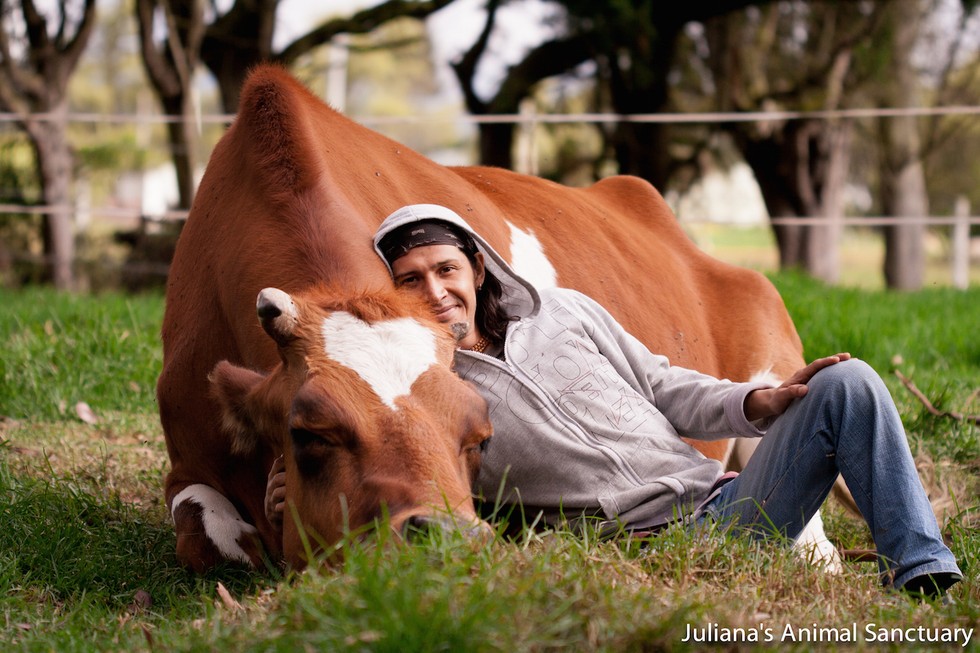 We’re so glad Balarama has grown into the large life he deserves. As was previously stated, we need your support to provide this gentle ox with the best life.