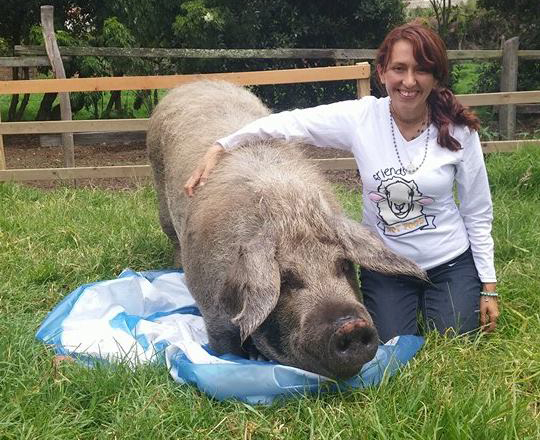 Could you help a pig?

A few days ago we received an emergency call from a friendly organization, Amigos Del Planeta (Friends of the Planet) that helps domestic animals and horses in Bogota (They helped us many times and we help them with their website).

The emergency call was, “Could you help a pig?” I said, “Yes,” without hesitation as that’s our goal, to help those who are not considered animals but food. So immediately we started making calls and arrangements for the rescue. But first I needed to see the pig myself and when I did, I was overwhelmed with sadness for her. She was living amongst garbage and dog feces and being constantly harassed by hungry dogs. Her tail had been bitten off and some of her flesh torn away, including part of her vulva!

It was not an easy rescue. After more than three attempts and almost two weeks without rest, we were able to bring her to the sanctuary. We spent large sums of money on transport and construction of a new shelter on clean grass for her. I was so relieved to see her at peace sleeping on the grass.

And by divine providence we rescued her on Colombia’s Independence Day! For this, we gave her the new name, “Pola” in honor of the famous young teenage girl that fought for Independence many hundreds of years ago. 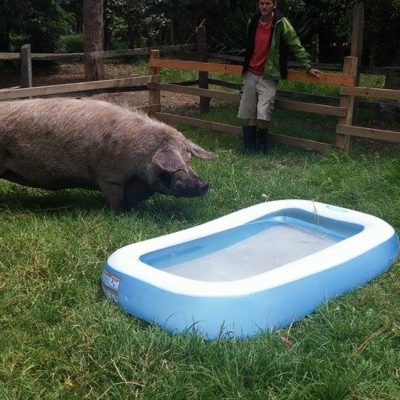 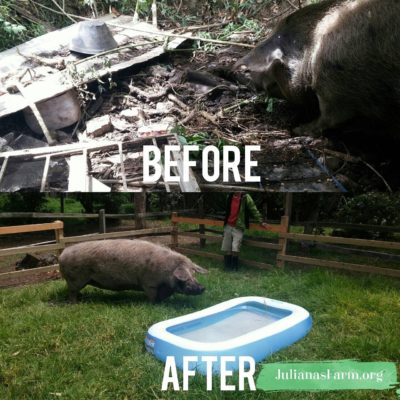 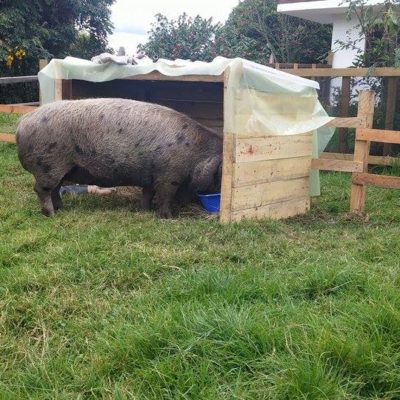 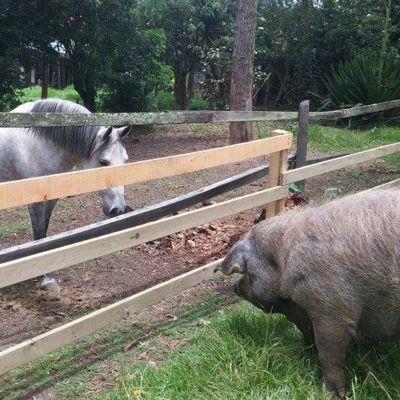 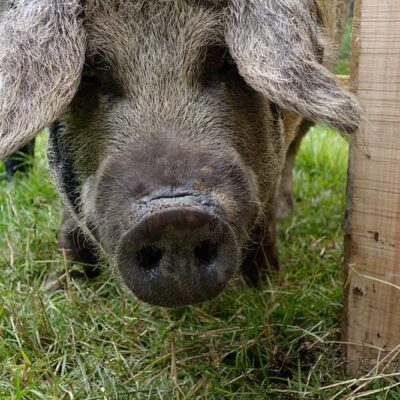 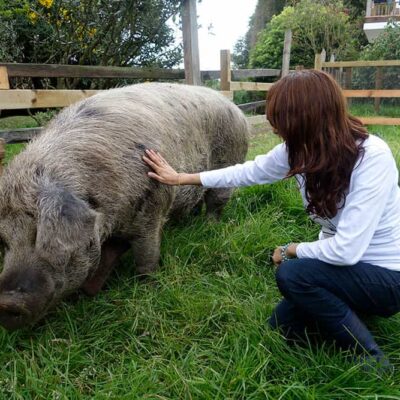 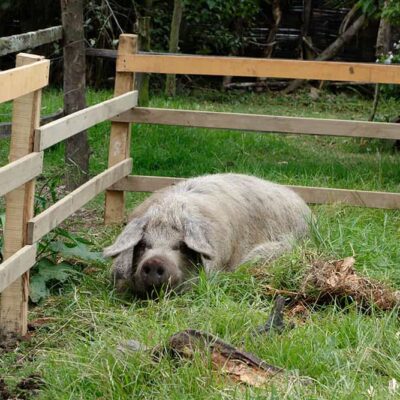 Soon we will have more updates on our new family member, Pola. She is 8 years old.

Thank you very much to all who expressed words of affection for this rescue. You are the real hope for abused animals in a place forgotten by everyone.