Home Animal Stories We have news, Small BUT big news! 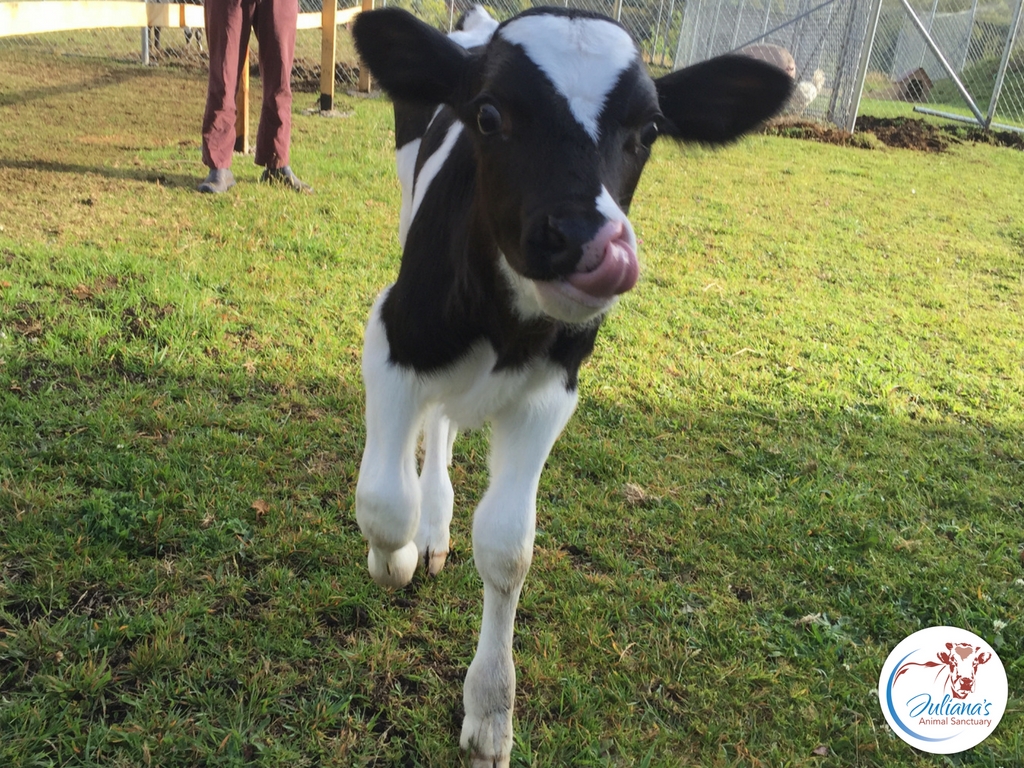 The story of Gopal, the newborn veal calf

Let me introduce you to this little boy. He is just 6 days old and lost his mother a few seconds after he was born. His name is Gopal and he is the sweetest little guy. 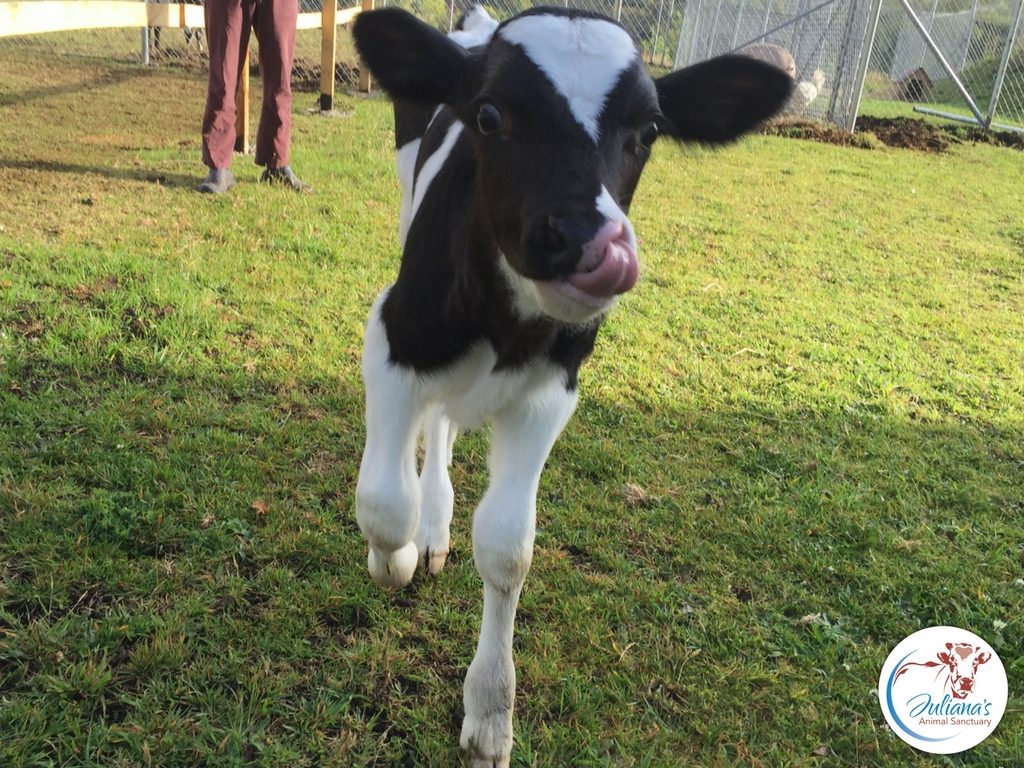 Our Volunteer Jamie called him Feeney, and his middle name is “Gopal” a name  that means “Protector of the Cows.” He was born inside one of the most popular and biggest colleges in Bogota, the National University of Colombia. This university manages a small dairy industry. They buy cows, artificially inseminate them and then do tests on them. They steal their calves and sell the milk.
But one young vegan student was totally in love with this little calf and his mother and so she contacted Juliana to ask her if she could receive him. Juliana immediately agreed. Juliana always says that when an animal has a “ticket for the freedom,” she cannot deny them the opportunity of being in a safe haven, so she tries to help as many animals as she can. 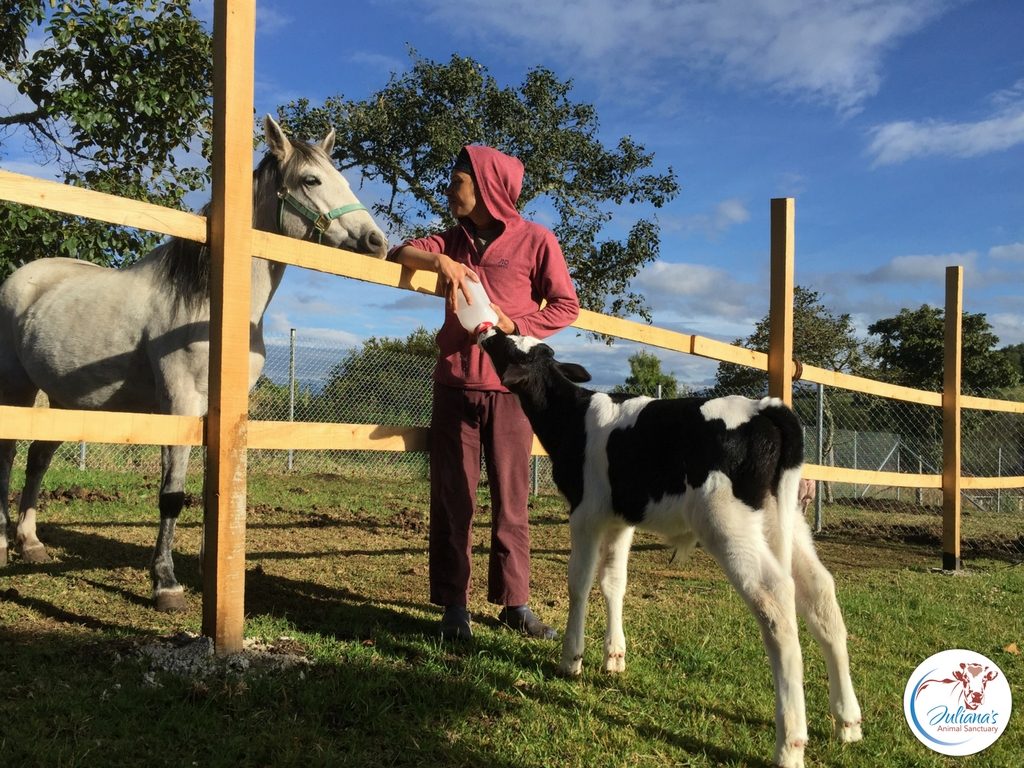 The following day the baby calf, now just 3 days old, was here in the sanctuary, but after two days he got sick with a parasite because he did not get a chance to eat his mother’s chososterum which is an important source of immune support. We called the vet and he came and gave the proper medicine to Gopal and now he is feeling great again and is very happy.

Gopal is 6 days old now. He only saw his mother for a few seconds, the student told us that few seconds after she gave birth, they were separated and they took her milk, all in just a few minutes, while the placenta was still hanging in her body.

Gopal will have a happy life like Balarama the Ox and Bernie the bobby calf we rescued who is now 5 months old. 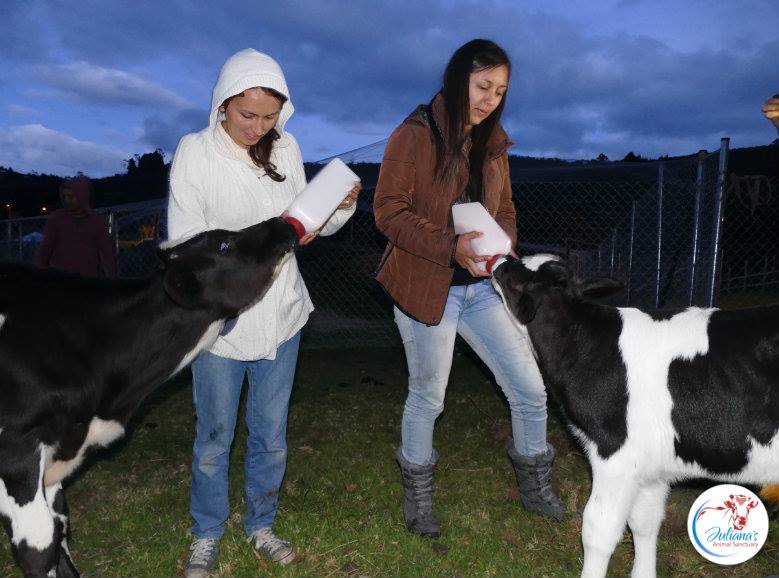 Poor baby, we know that you lost your mother, like many other animals, but we are working hard to stop this hell for all animals and you are here to help us educate people and show that you are just like a companion dog in someone’s home.

This little guy needs a sponsor. Do you want to be the first one?From $5 at

For as little $5 a month, you can give him what he needs and more, are you ready?

Choose an animal to sponsor here. 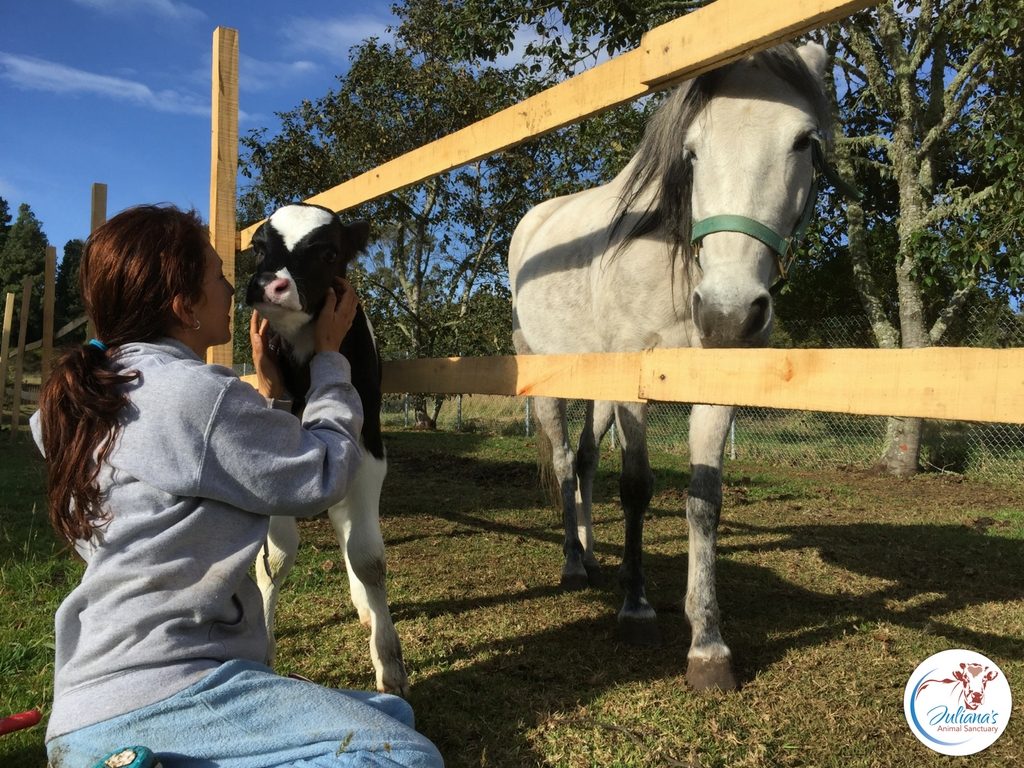