Home Animal Stories Animal sanctuary for Pigs – why they need our help? 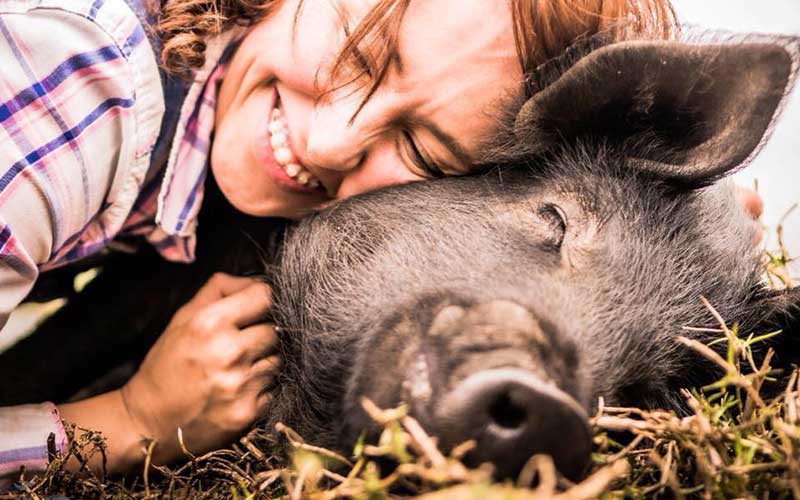 Why Pigs Should Be Saved

As part of an advertising campaign that has been running since 1987, the meat industry created the term “other white meat”, referring to the pigs that have been killed by them in order to use their bodies to feed humans. This initiative was created only to promote the consumption of this product to expand the economy of those exploitation industries, because we now know for certain that eating this type of meat is in no way a healthy option for the people.

Pigs come in second when it comes to the number of animals being slaughtered for meat. In 2014, the number of pigs killed for their meat reached an estimated 1.14 billion for that year. Pigs are second only to chickens, of which over 40 billion are killed annually for human consumption. This trend is continuing and increasing despite the rise in the consumption of plant-based meat substitutes.

The killing of pigs and other animals for meat is a cruel act and should be stopped. Alternative vegan options should be considered in place of traditional meat because its production means less harm to the planet and can help save pigs as well as other livestock. Not only that, but by eliminating meat consumption, we can actually contribute to improve the conditions we now live in, reducing pollution and water poisoning which is caused by factory farms.

One way you can do this is to support sanctuaries that rescue pigs. Animal sanctuaries like Juliana’s Animal Sanctuary provide a peaceful home for mini pigs (inbred, undernourished potbelly pigs) and pigs that are raised to be slaughtered. We understand what pigs need and how to take better care of them after they’ve been rescued. 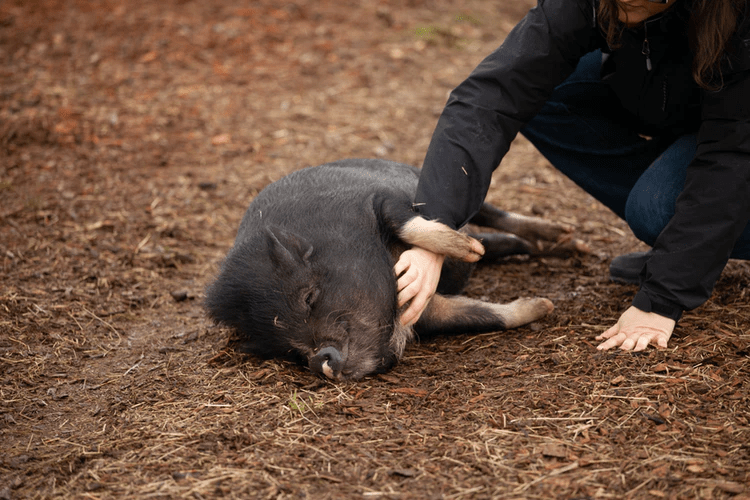 For whom is our sanctuary?

Pigs are a totally misunderstood creatures. Despite what people think, pigs are actually very smart. In fact, they are considered smarter than dogs. They rank fourth in intelligence in the animal world, just after apes, elephants, and dolphins. 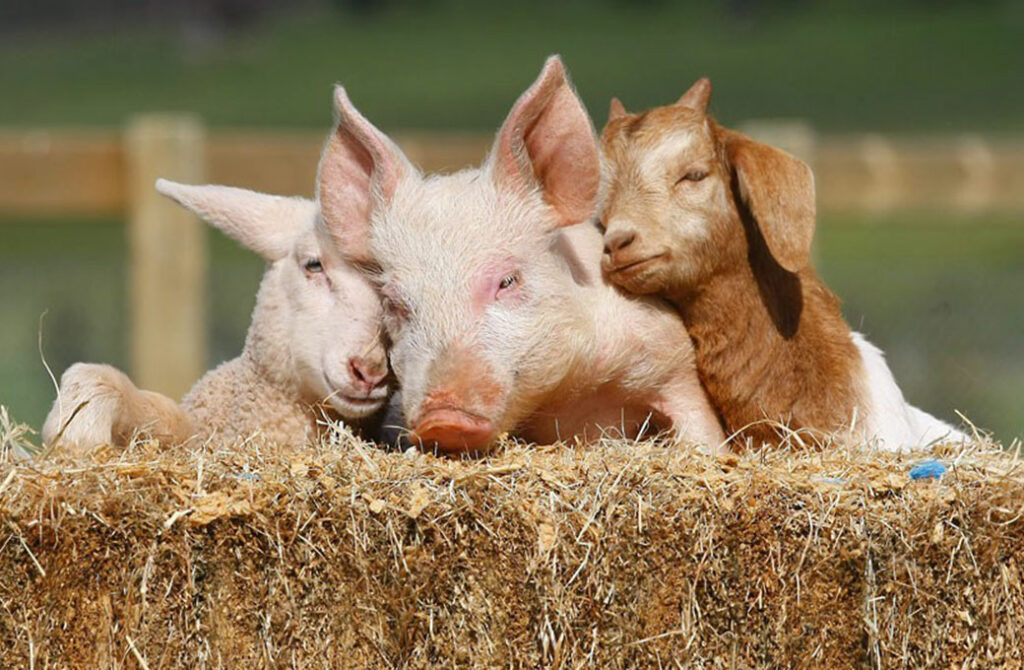 However, their intelligence is not the only interesting thing about them. Here are a few more interesting facts about pigs:

Pigs have interesting qualities – Aside from being intelligent, pigs are organized and naturally clean. They have a very sharp sense of smell, can run at speeds up to 11 mph, and they produce a squeal that can rival the decibel levels of an airplane engine.
Pigs have personalities – Yes, just like humans, pigs have individual personalities. There are some pigs who are serious and some who are playful. Some pigs can be shy, while others can be quite daring.
Pigs are emotional – Aside from personality, pigs also display a wide range of emotions. They can be sad, happy, bored, anxious, curious, and thoughtful. They experience different kinds of emotions according to what they are experiencing. When they are threatened, they can feel fear and aggression. When they lose a friend or family member, they feel grief and loss, too.
Pigs are social and friendly – These creatures love forming bonds with other animals and with people. They enjoy close friendships and show affection to other pigs by grooming them. They love sleeping cuddled up with other pigs.
Pigs can recognize their owners – They can also recognize up to 30 fellow creatures and other humans who interact with them. They have a great memory, which is one of the reasons their intelligence levels rank so highly among other animals.
Pigs have a long life – Pigs have a lifespan similar to that of a dog. They can live between 15 and 20 years when cared for properly.
These are just a few of the interesting things about pigs that not many people know about.

The people at Juliana’s Animal Sanctuary know and understand these facts about pigs. That is why we can properly care for these animals.

We mentioned earlier that mini pigs aren’t actually mini pigs. This is where the problem begins. Mini pigs are in fact just regular pot-bellied pigs who have been selectively bred and malnourished from birth. With celebrities and social media influencers adopting mini pigs as pets, people started looking for mini pigs of their own. This saw a rise in “breeders” who sell so-called mini pigs to people who want a pet.
Fast forward a few months and the supposed mini pig is now 200 pounds heavier and is difficult to care for. When the pet owner lives in a cramped apartment in the city, these oversized “mini pigs” are surrendered to the SPCA International. This is a very common occurrence, and government agencies everywhere find themselves with these intelligent and kind creatures, but nowhere for them to go.

These pigs need a forever home, and thankfully, Juliana’s Animal Sanctuary is able to accommodate a few of them. Here are two of our wards:

Juanito – He is an amazing and strong pig, who was saved from terrible conditions. He is unable to move his hind legs, but he has shown some progress here at the sanctuary; right now he is getting better and stronger, he is eating a lot and looks much happier. He still has some vet needs, but now he is completely safe, and he will have a great life. 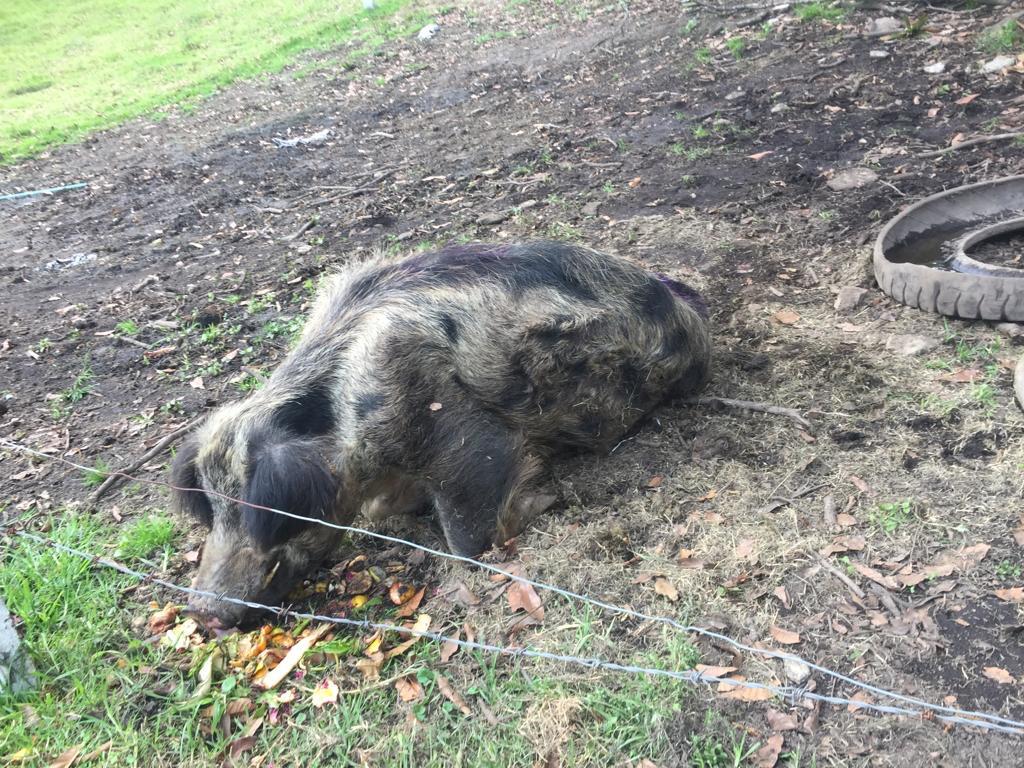 Loki – Contrary to his mischievous name, Loki is one sweet animal. He is one of our rescues from an owner who mistakenly adopted a mini pig who isn’t actually going to stay mini. As much as the owner loved Loki the Pig, he was getting too big and had to be rehomed with the sanctuary. 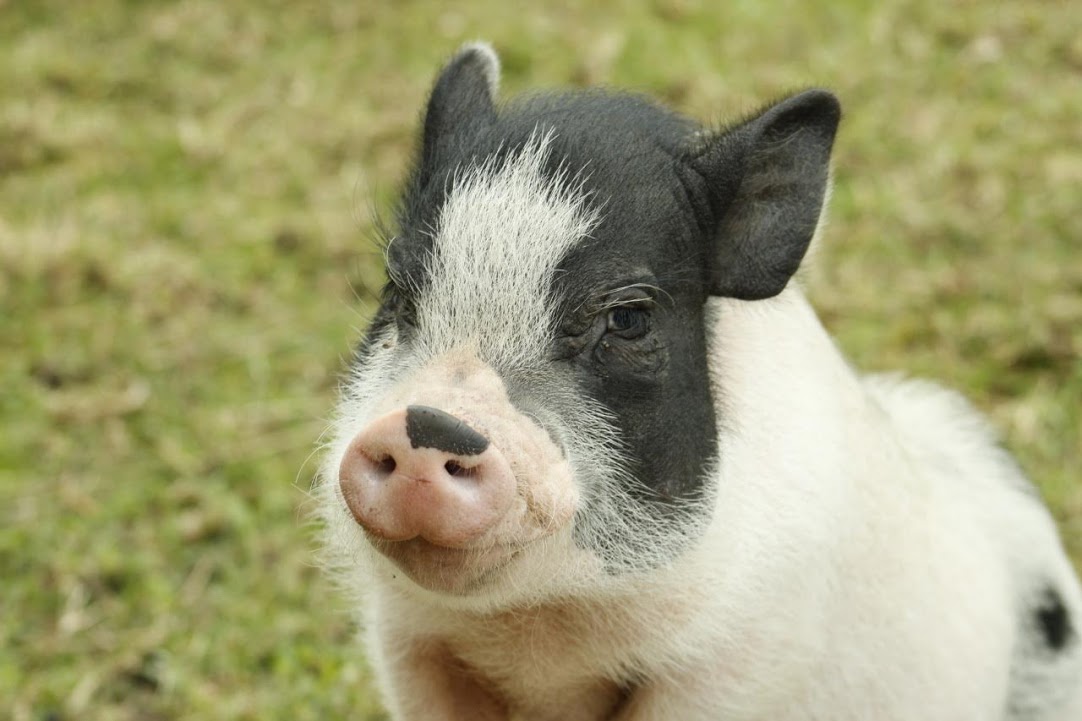 Loki and Juanito are just two of the many pigs who need help and rehoming in sanctuaries that can take better care of them. While these sanctuaries accept these gentle and smart animals with open arms, taking care of them is no small task. Not only do they require love and attention, but they also cost money to care for. This is where you can help.

You can virtually adopt a mini pig, or any pig for that matter, by donating to Juliana’s Animal Sanctuary and other similar sanctuaries that care for these animals. You can sponsor Juanito, Loki, or any of the other pigs we have by choosing one of the many donation options available.

General Donations – You can donate monthly to continuously help us with all that is needed to keep our sanctuary running. The lowest monthly donation you can make is $5, and the highest is $100. You can also choose to donate more by sending us a check.

Sponsor an Animal – If you want to sponsor a specific animal, you can also do it by going to our website’s “The Animals” page and then clicking on the “GO NOW TO SPONSOR” button there. You can also sponsor an animal for a friend and give it to them as a gift. Sponsorship rates start at $10 to $40 per month. You can choose from cows, cats, turkeys, and many more.

Become a Patreon – Juliana’s Animal sanctuary also has this nice option, you can support all the animals starting by just $1 a month, any help is extremely useful and received with great gratitude.