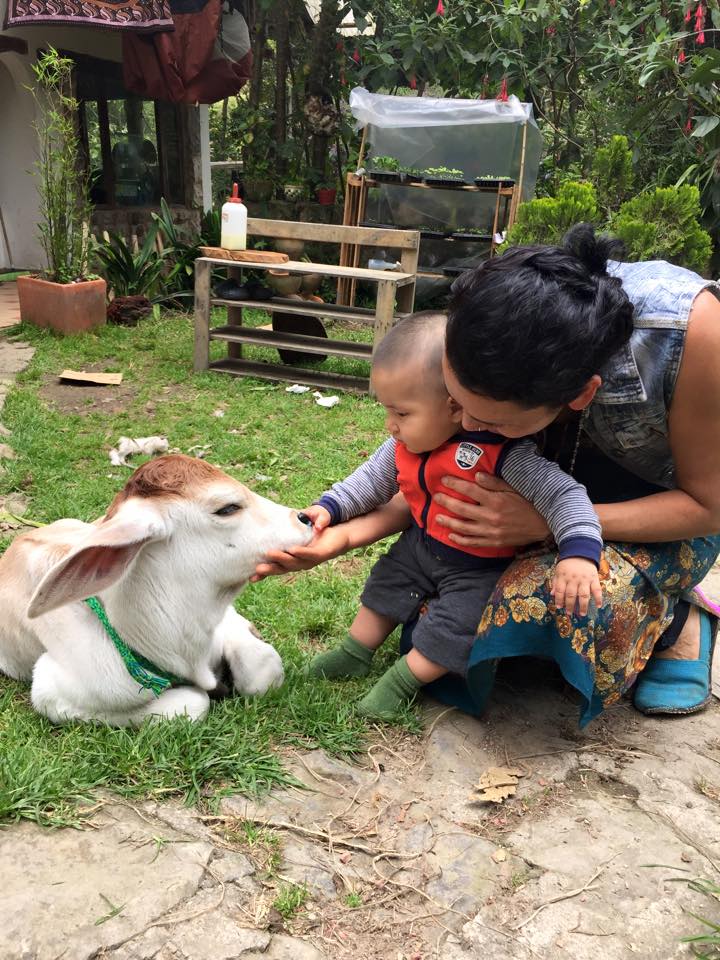 Nandini is a calf who was born in a Colombian slaughterhouse. Her life was scheduled to end 24 hours into being brought into the world. Her mother, Govinda #244, was in line waiting to be murdered when she gave birth to this beautiful little earthling. Apparently she’d been sent to the wrong installation where no one was aware of her condition. As per the laws of the department of health, when in the middle of a case like this, there’s strict rules to be followed, the newborn is to be incinerated or to be left to his/her fate inside the holding pens where they usually die of starvation or are trampled by other cows and bulls.

Luckily we were contacted on time and although the process wasn’t easy, we were able to get her new calf, Nandini out. Sadly, although everything was set to have her mother, Govinda, out by the next day we were devastated when told she was taken from us and from Nandini on Tuesday, March 10th at 3am. All we were told was that “She was in a state of nervous shock that led to paralysis, causing the animal too much pain and the best decision was to sacrifice her.” Nandini’s mother died.

Nandini, the calf, is safe in Juliana’s Animal Sanctuary

Fortunately, Nandini is now in a safe place, being cared for by many good people. Nandini is not a slave, not an object, and not meat. Nandini is a beautiful animal, like you and me.

Here we stand today, with a beautiful newborn and a promise made to her mother.

Nandini is the second protected cow in our country, and with that we want to reconnect people with animals, and help them understand that we are all equals and deserve respect and love. 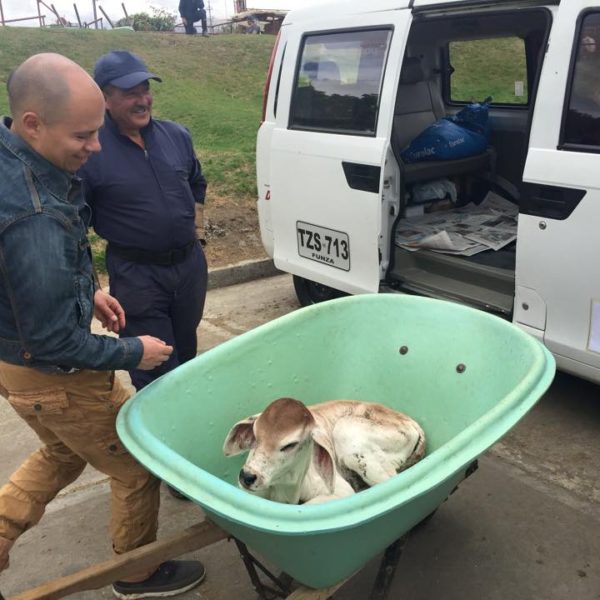 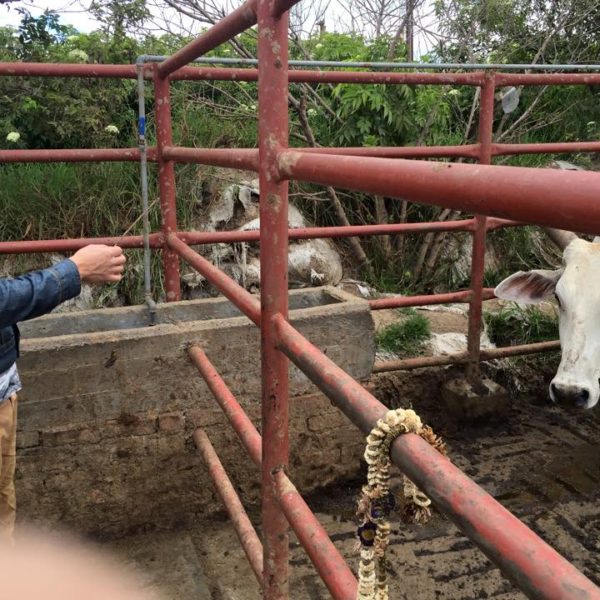 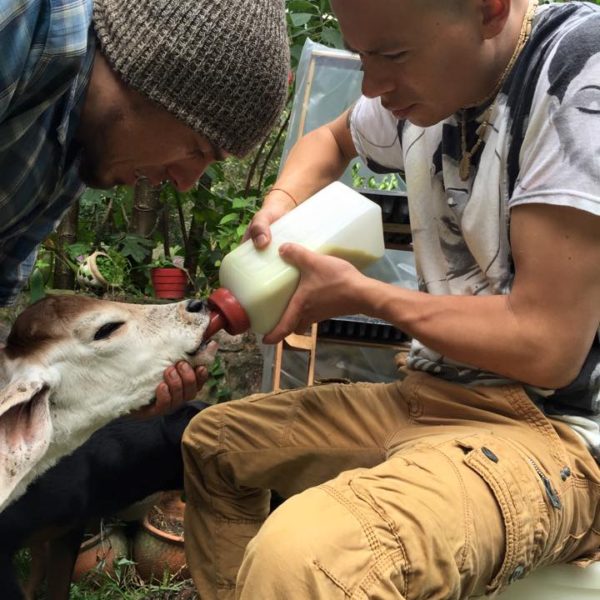 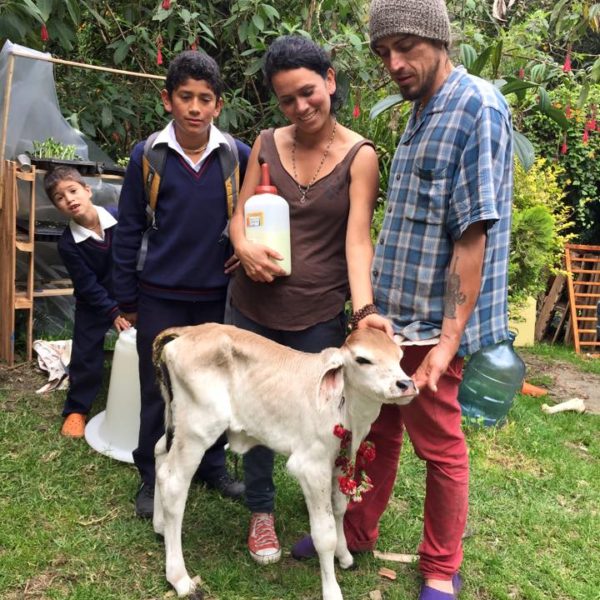