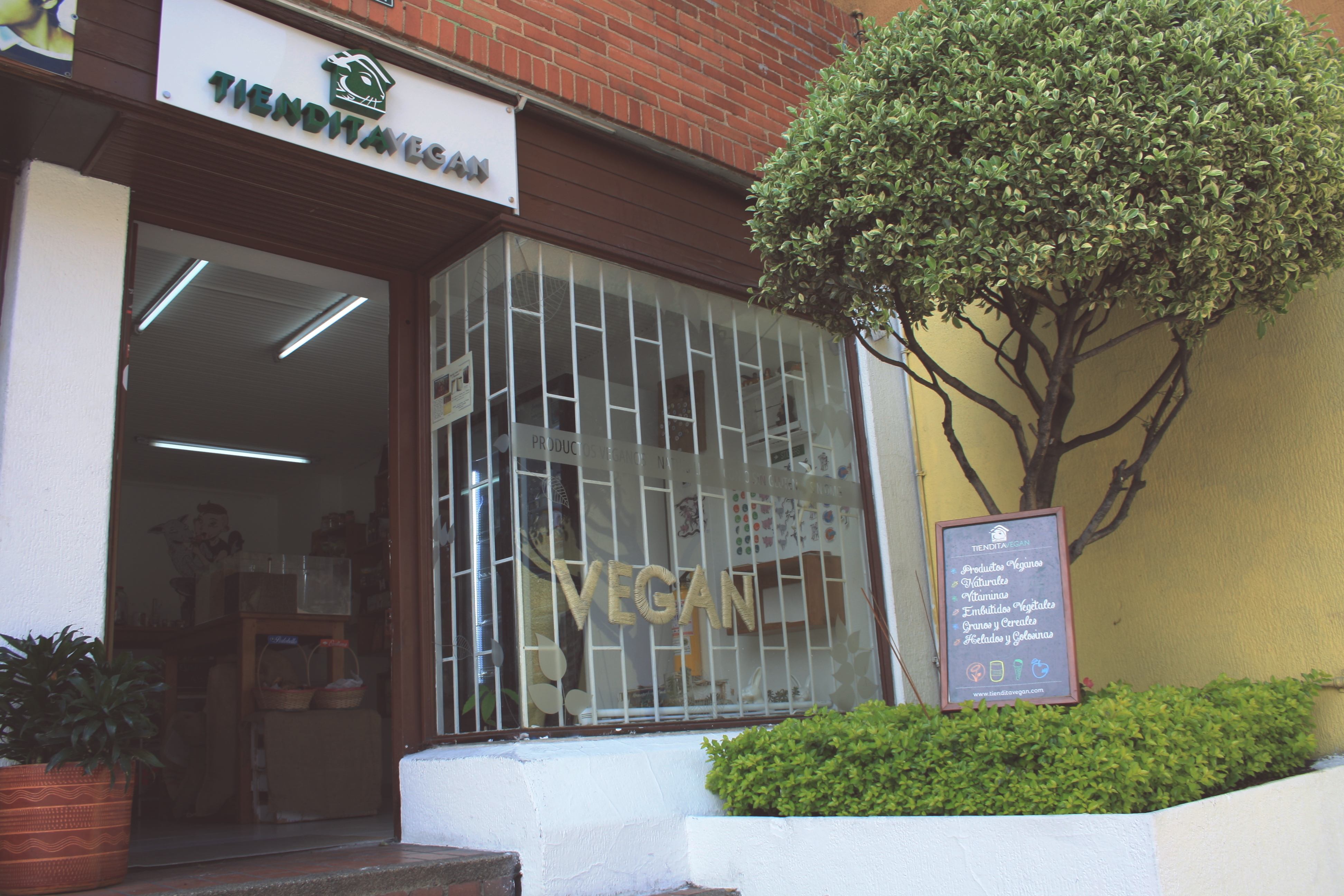 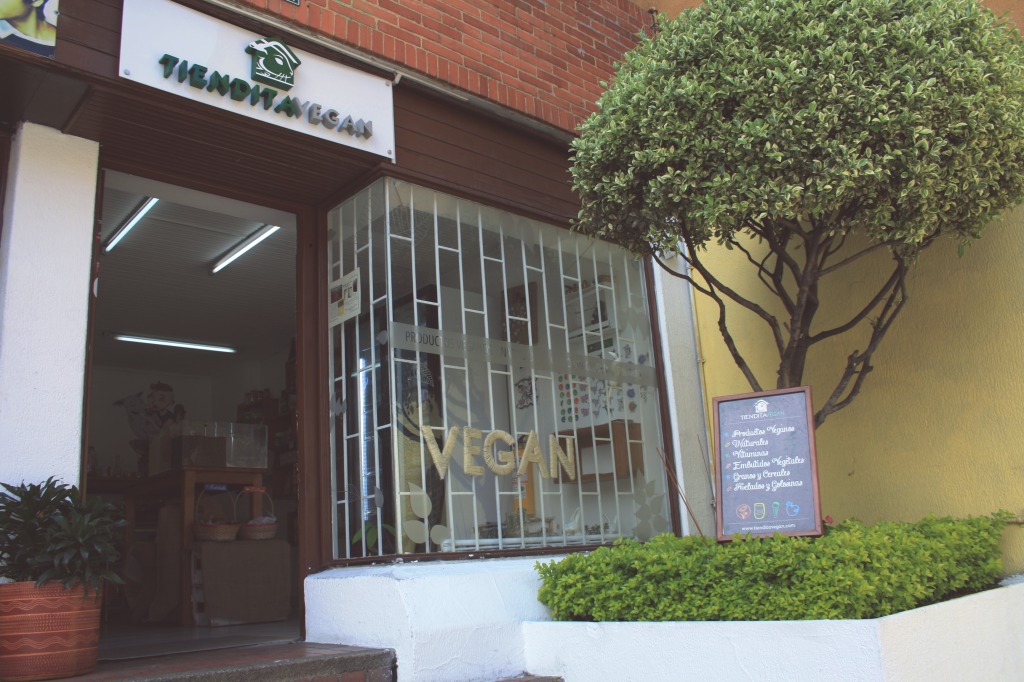 The vegan movement in Colombia is relatively new, but many vegan entrepreneurs are striving to make veganism more accessible and affordable for everyone.

Colombia is a country that is rich in a variety of fruits, grains, and vegetables. Being vegan here is really easy and the food is inexpensive. All throughout my life as a vegetarian and now vegan, I have never had any problems in Colombia, I have always found everything I wanted and needed.

Today the capital city of Colombia, Bogota, has vegan restaurants, vegan bakeries, vegan ice cream, and now we have a little 100% vegan shop downtown called Tiendita Vegan where vegans can find everything.

There you will also find some products made by Juliana, our founding director (Vegan Brownies, Muffins Vegan …) and 100% of the profits go directly to our sanctuary.

The creator and owner of Tiendita Vegan, the only 100% vegan shop in Bogota, is Alejandra Gonzalez

We interviewed her the other day:

The idea was born many years ago when I became vegan and could not find the products I needed for my daily life. I realized that the best way to solve that problem was to open my own store.

2) What do you think the vegan movement in Colombia?

I feel that vegans in Colombia are not united enough. I think there should be more sharing and support for each other. Colombia needs vegans to fight against speciesism and to teach the whole country that we can live healthy and happy without mistreating nonhuman animals. I feel that being more united is a big part of this.

3) How can your vegan store help the movement of veganism in Colombia?

Our store serves as a hub for information and networking for people who want to know more about animal liberation and speciesism and all that entails ethical veganism. 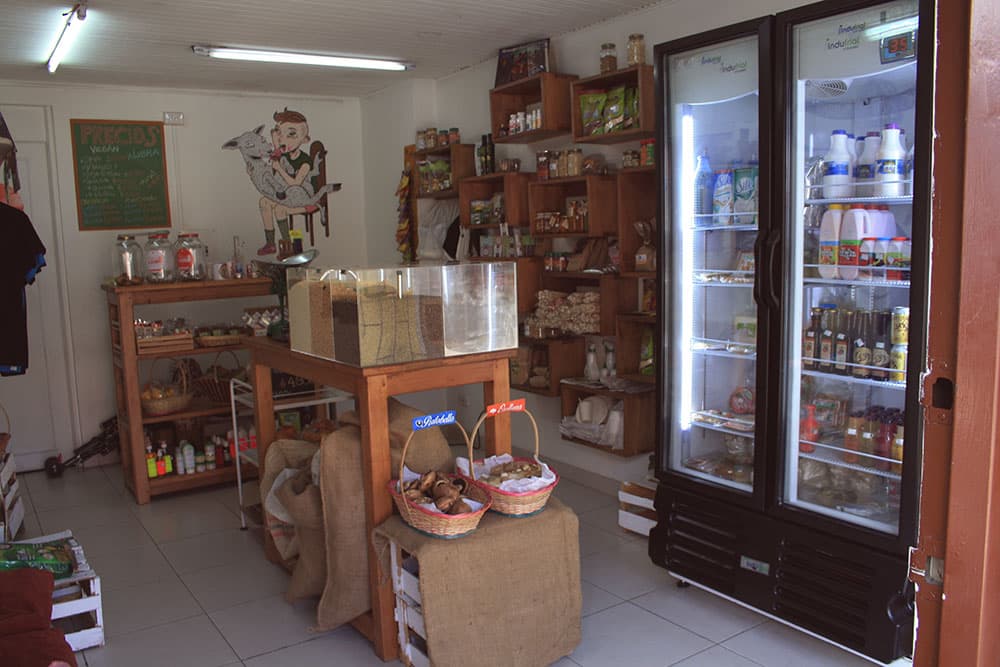 4) Why did you decide to become vegan?

I was raised in the countryside. I always had a closeness to animals, so when I reached my teens I began to question many things about what is accepted as “normal” and one of them was, “why we kill animals to eat them?” I began to investigate the issues surrounding meat eating and to know more about this macabre industry. Soon after, I decided to stop eating dead animals and that was one of the best decisions I ever made in my life.

5) What kind product do you offer in Tiendita Vegan?

All kinds of products, but all 100% vegan. It is a small vegan supermarket and we hope to provide vegans everything they need here.

6) Where do you source your products from?

Some of our products are imported because there are some things that we cannot find in this country. But most products are sourced locally, because we want to support the local market and other vegan entrepreneurs.