Plant-based milk options have been increasing throughout the world, now it is easy to find any option in various markets and chain stores, however it is very important to take into account what are the best options for our health and that of the environment.

Very recently, the Israeli brand Wilk announced that it will add a yogurt derived from milk fat made in its laboratories. This is a very important step in the industry, since they would be the first in the world to achieve something like this, it also gives us hope that in the future technology will help us to stop using animals for everything.

In addition, the important thing is that this milk has been made to have absolutely all the nutritional characteristics of cow’s milk, without the risks that we all know about it. It is a real food and it has never been based on the exploitation or murder of anyone.

But what happens in Colombia? In this country, there are no technological infrastructures that allow for a product like that, but there are efforts from various parts to create vegetable drinks that are relevant to Colombians.

A very important venture is Mils, which is a vegetable drink that started from a very humble place. A man along with his cousin took on the task of sharing the recipe they made for almond milk, in order to sell from door to door in the city of Medellín.

Over time, trying and failing, they managed to get a series of drinks that were becoming more and more popular, so much so that the fruit of that effort was to reach almost the entire country. Now it is possible to find these drinks in large supermarkets, something unprecedented for a small Colombian company. Now they have several options and even made yogurt. 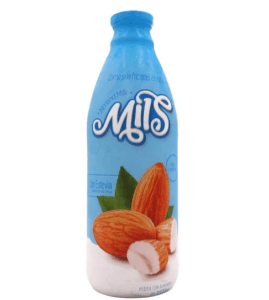 Likewise, several large companies have decided to put their grain of sand in this change in consumer policies. Several brands have come onto the market that are part of dairy companies with a long tradition in Colombia, such as Alpina. Although in this case, it has not been confirmed that they are drinks suitable for vegans.

Hatsu is a brand that is part of a large Colombian conglomerate, which has dedicated most of its time to soft drinks. They now have a line of “healthier” products under this name and have decided to venture into sugar-free vegetable drinks. 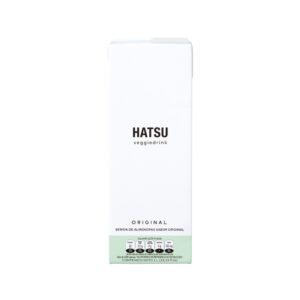 Keep in mind that many of these products have become popular due to the high lactose intolerance that humans have. However, in recent years it has become popular thanks to awareness of animal welfare and in part due to veganism.

The figures prove it, this is a business that is increasing every day and it is predicted that by 2025 there will be a 44% increase in the consumption, import and export of these products.

It would be wonderful if in Colombia every day more options can be found, that are not part of large companies, with real options for vegans and truly powerful nutritional content.