Home News The tragedy of Tibabuyes 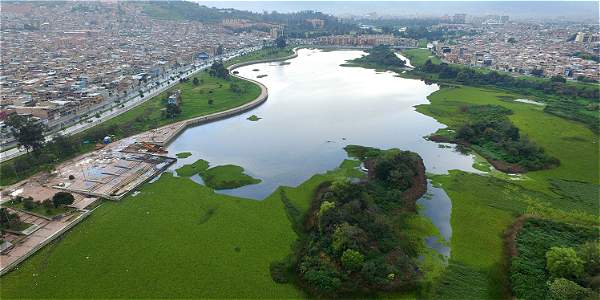 Bogotá is a city built on water, many lakes have dried up since colonial times and this same way of doing things has been followed in recent centuries. The vestiges of these bodies of water are what we now call wetlands, of which there are very few left and they are becoming extinct because of humans.

The wetlands are of great importance in the fauna and flora of the territory, a large number of animal and plant species coexist here, it is a point where many migratory birds come to rest and in some cases to reproduce. It is one of the few redoubts that remain, in a chaotic city, of wildlife.

There is also a natural connection between the mountains that are in the east of the city, with the Bogotá River (whose real name is Funza) and the wetlands. This balance, if it is disrupted much more than it has already been, will have serious consequences for those who inhabit these territories. Indeed, the constructions that were built around these wetlands have serious risks of subsidence and flooding. 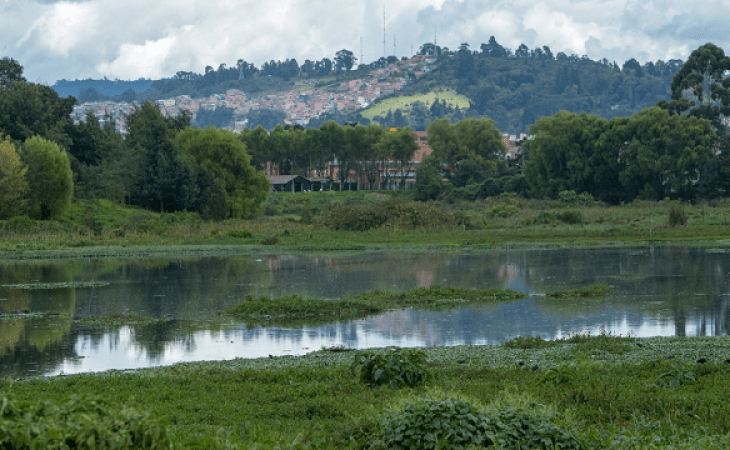 It is common to see in Bogotá how some houses lean dangerously, on land that was built on bodies of water. This also poses a situation of social segregation, since the best land in the city is occupied by the wealthiest people.

The most relevant environmental drama for Bogotans in recent times has been the situation of the largest remaining wetland, Tibabuyes (which means land of farmers in the Muisca language), later called Juan Amarillo. It is located in one of the most populated areas of the city, the town of Engativá.

The meeting of so many animal and plant species is important for the environment of the city, as it is a refuge for many. The tinguas come flying from far away to rest and then continue their journey, removing this ecosystem means that the species would be seriously threatened.

In this place, the mayors of the city have tried several times to intervene here to carry out works that directly threaten the precarious balance that nature tries to maintain. One of the plans is to build elevated bridges that go over the water so that, in theory, people can walk on them and appreciate nature. When in reality what they have been doing with the first foundations of this project is causing serious damage to the soil and the chemistry of the water, leaving the door open for invasive plant species such as the buchón to appropriate the waters.

Moreover, since the end of the last century, the construction of a large highway that crosses this area has been planned, completely destroying this wetland. The plans to end these places are nothing new, since since the time of Colombian independence, it has been contemplated to dry these areas in order to build on them.

The bad thing about this perspective is that it is based on an obsolete model of development, which does not take the environment into account. It is not even endorsed by the UNDP, which determines what are the best steps for the development of civilization today.

Unfortunately, this wetland continues to be abused, polluted, with meager care that can barely give it a break. Although not everything is bad, since the surrounding communities have taken on the task of protesting against all the works that are being carried out irregularly, without any consideration for the other species.

This citizen pressure led to the issuance of a decree that declared the constructions on this site illegal, although unfortunately, the local government, which is made up of several ministries, has made several legal tricks to continue with these projects that seriously endanger the integrity of nature.

Even so, the people have not given up, since they have taken on the task of creating community spaces in this important area in order to give it protection. Orchards, green spaces, limitations to protect fauna, garbage clean-up days, have been carried out by citizens so that this space does not lose its life.

The process progresses slowly, much more pressure is required from ordinary people, so that not only the government, but the city’s inhabitants themselves, realize that it is necessary to respect the habitats of other species so that we can all live in harmony.