Home Animal Stories A new member in the sanctuary is born 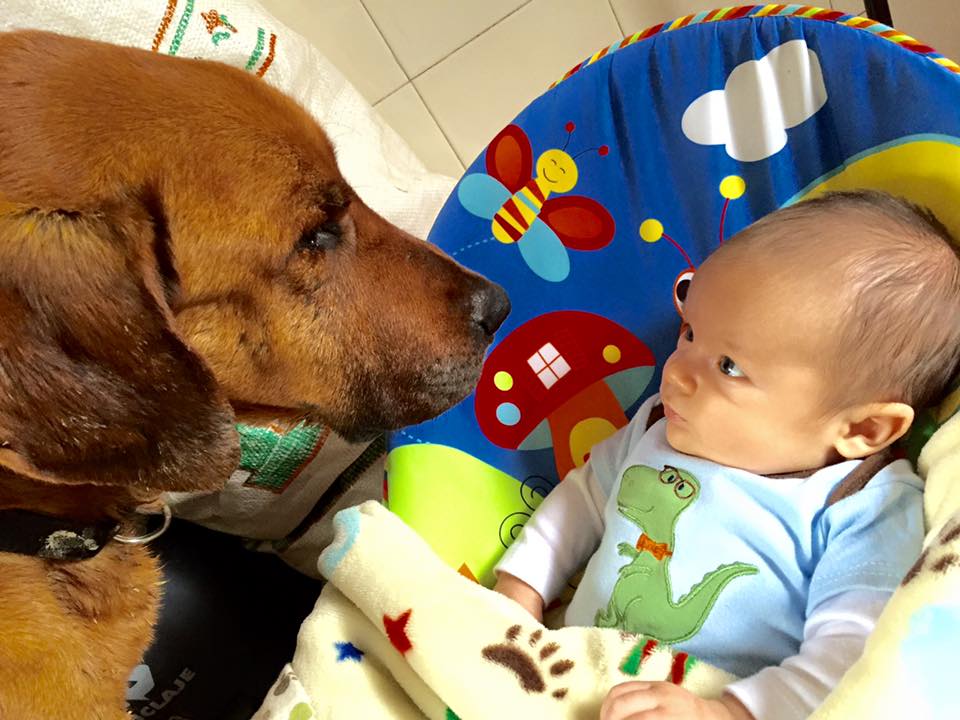 On December 19, 2015, at 10:25 pm, our director Juliana gave birth to her son Bhimal Fox Turner, a birth that she decided to share with her nonhuman children, her animals in the sanctuary by having a natural water birth at home.

Paul and Juliana planned the conception and birth of their child very carefully. They meditated and purified their bodies and mind and conceived the baby while in the Himalayan ranges, with a focused desire to attract an advanced soul who can be a servant of the world and a devotee of God.

“I needed to feel the energy of my non-human children, to feel safe, to feel alive, and I wanted my human child to also feel that same loving energy from the first second he is in this world”

After 20 hours of labor, Bhimal came to this world surrounded by his non-human brothers and sisters in the sanctuary before he was then taken into the arms of his mother and father, Paul.

“When I received my human child in my arms, I could not stop thinking of all the non-human mothers who never get to feed their child with their own milk, nor snuggle with them. All those cows, pigs and other farmed animals have had the miracle of motherhood stolen from them, only to satisfy the greed of a lusty human tongue.”

To my knowledge, my son Bhimal is the first child born and raised in an animal sanctuary. He will learn to see all species around him as equals and will teach the world about equality. We are all part of one spiritual family and it is our human responsibility to teach this to the world — to love and respect everyone.

We invite you to read the story of the birth of Bhimal Fox told by his father Paul Rodney Turner (International Director of Food For Life Global) Story Here.