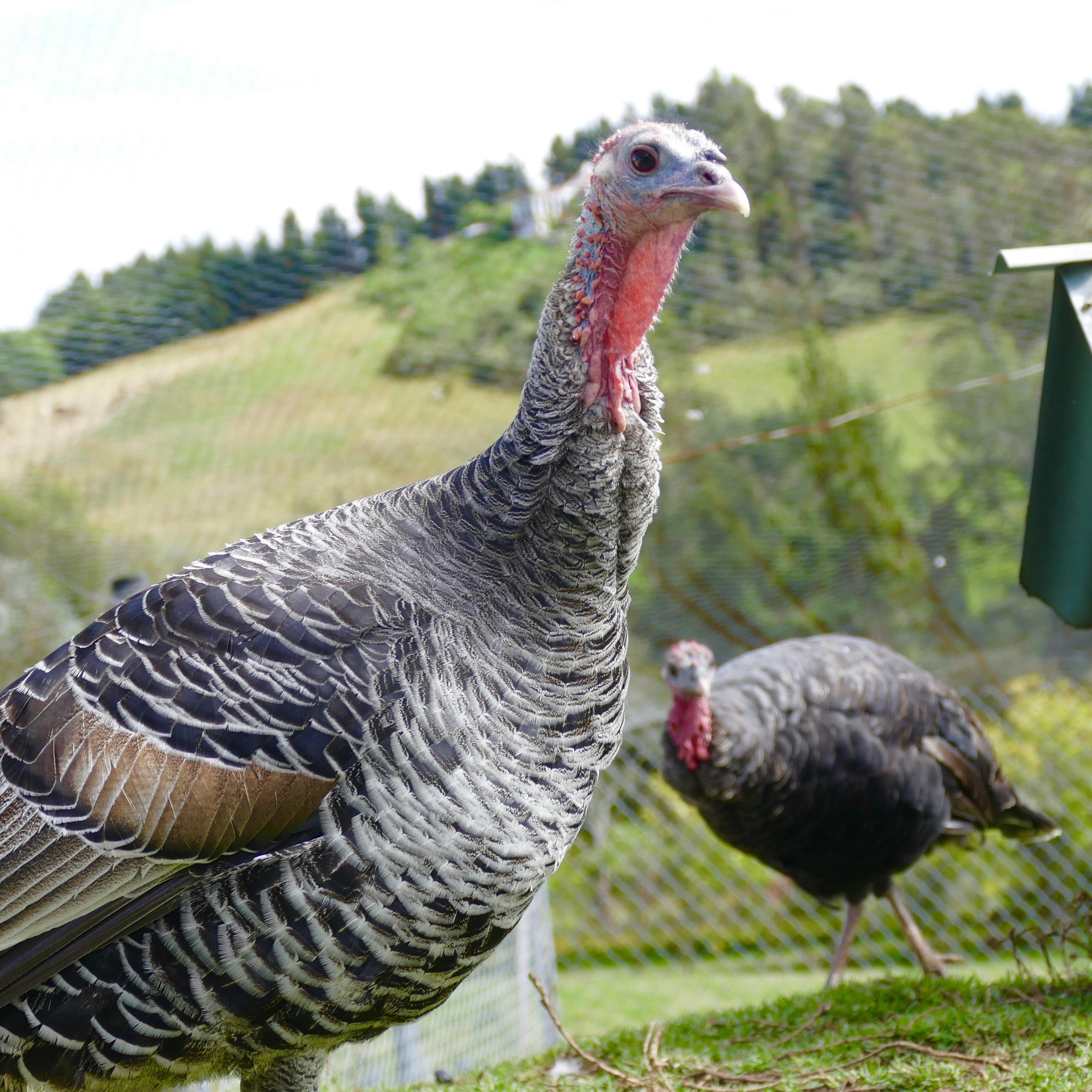 Turkeys have gradually established themselves as one of the most popular birds for consumption in Colombia. Therefore, there are now more farms dedicated to raising them. Maybe in one of these places was where the adventure of Tulsi began.

She was discovered near the area of ​​the dogs, with superficial wounds. There is still no explanation of how she got there, and why she chose this place. That day, the veterinarian was on a routine visit and was able to see her immediately. At that moment we realized her shyness, her peaceful character and at the same time the sweetness she carries in her heart; Over time she became accustomed to our presence and showed us a better disposition to receive our love.

After a while another turkey came to us in the same way. It is likely that near the sanctuary there is a breeding ground for these birds, however no one came to claim Tulsi and this new inhabitant was no exception. From the first moment we put them together, they became very close friends, as they both shared a very similar character; That shyness helped them understand and protect each other. We named the new member Kai. 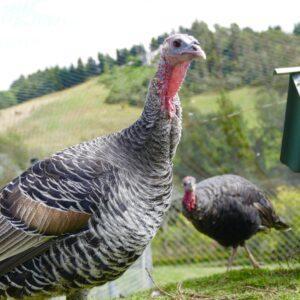 Thus they lived for many years, eating lots of grains and vegetables, very early in the morning, each day. In the sanctuary their singing could be heard from far away. Until one day, a disease began to afflict poor Kai; she fell very often and she showed various signs that something was wrong. The most difficult part of working in a sanctuary is facing the moment when you know there is no turning back, when a countdown begins, that nobody wants to reach.

Despite the attempts to save her life, the treatments, it was necessary to say goodbye to Tulsi’s great friend, who left with all honors in a place where she was treated as what she is, a living being with feelings. For a while, there was only one turkey left on the small hill that houses the birds. Days continued to pass and the songs were not the same.

Recently, a new hen arrived at the sanctuary, who was saved from being slaughtered at a family dinner, her name is Milagros (or Mili for friends), she is not as wild as the other chickens that are with us, so the best option was leave her with Tulsi, as they are both very peaceful and we know they will not have any problems. For the moment everything has gone well, they get along excellent and sometimes you can already hear the song of a beautiful turkey in the distance, once again. 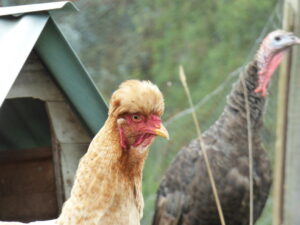 Right now she does not have sponsors, it would be beautiful if someone can support her with her love and compassion, it is what the birds of our planet need most. Every little help counts, like seeds that turn into leafy trees.