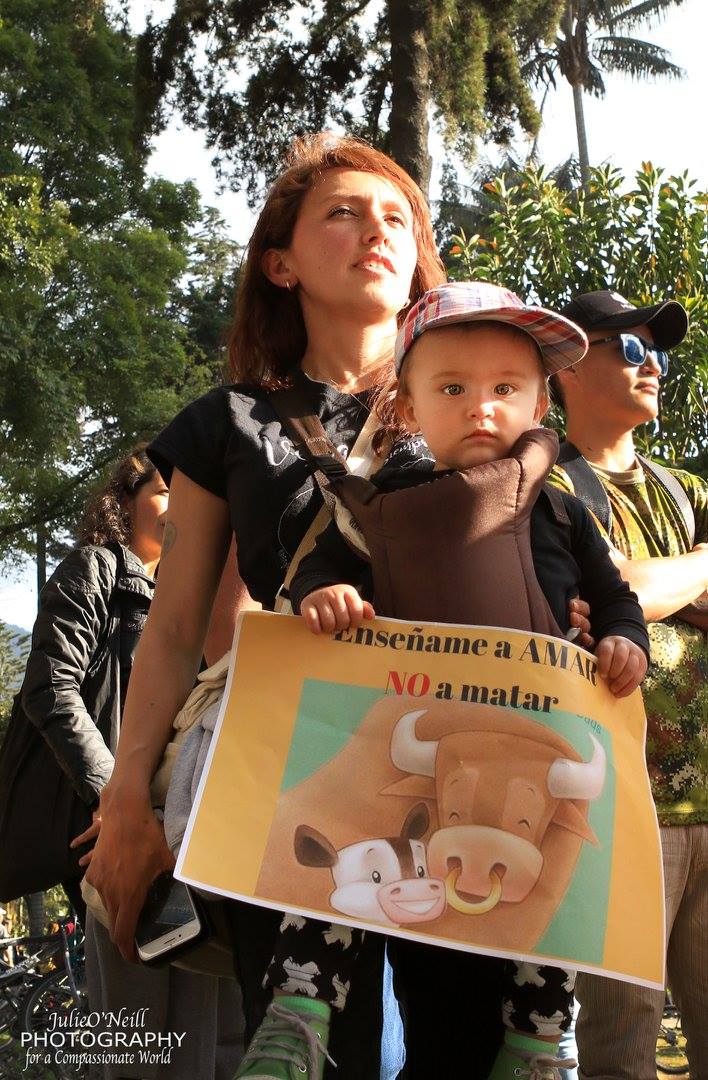 There is a revolution happening around the world for animals right now. It is not going away. It will only get stronger until we cease to exploit and torture animals.

Two weeks ago for the first time in 4 years a bullfight was held in Bogota. The newly elected mayor decided to bring back the event and the people were furious. It was the most emotional, inspiring and frightening demonstration that I have ever attended. Inspiring was the incredible turnout of thousands of compassionate people surrounding the stadium as the bull fight happened inside. 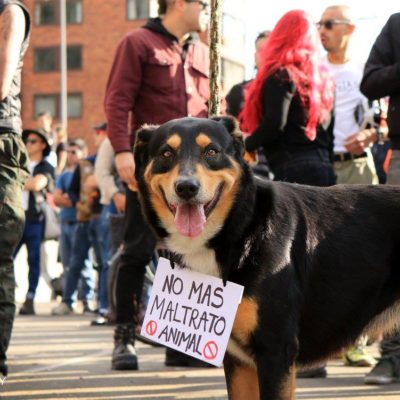 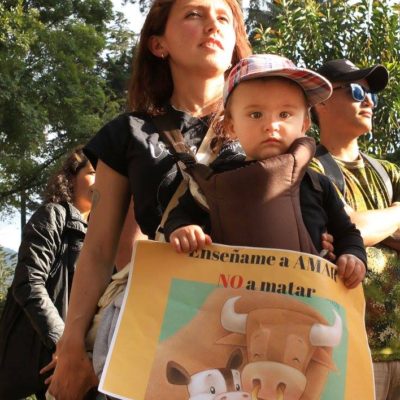 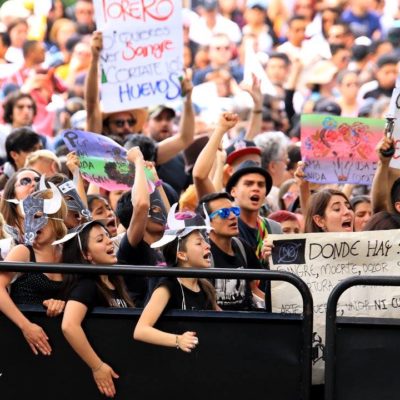 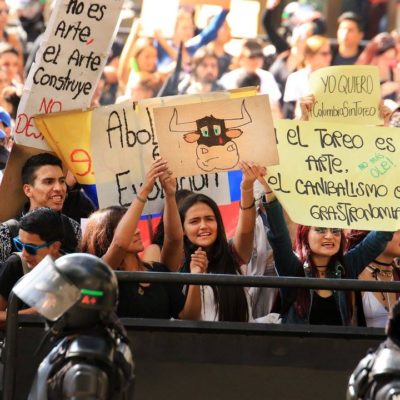 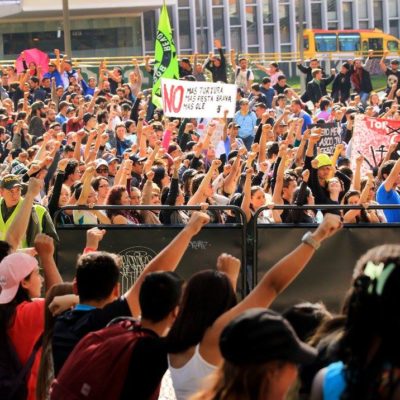 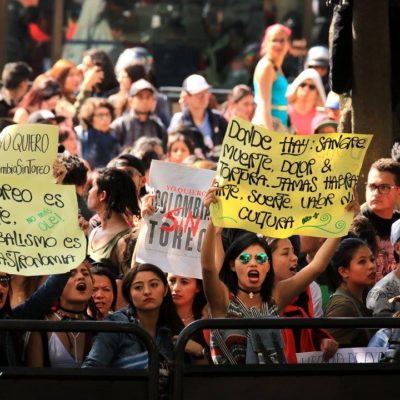 Each entrance was blocked with massive crowds so that every “spectator” had to fight their way through the mobs, then get the help of police to get inside safely.

Each time a bull was viciously killed inside it was announced to those of us on the outside and in return a moment of silence, tears, and heightened emotions.

The police reacted with large numbers of personnel, tear gas, arrests, and violence.
6 bulls tortured to death yesterday in Bogota. The mayor promises more to come. The crowds will be back and most likely bigger.

5 thoughts on “Bullfighting back to Colombia”