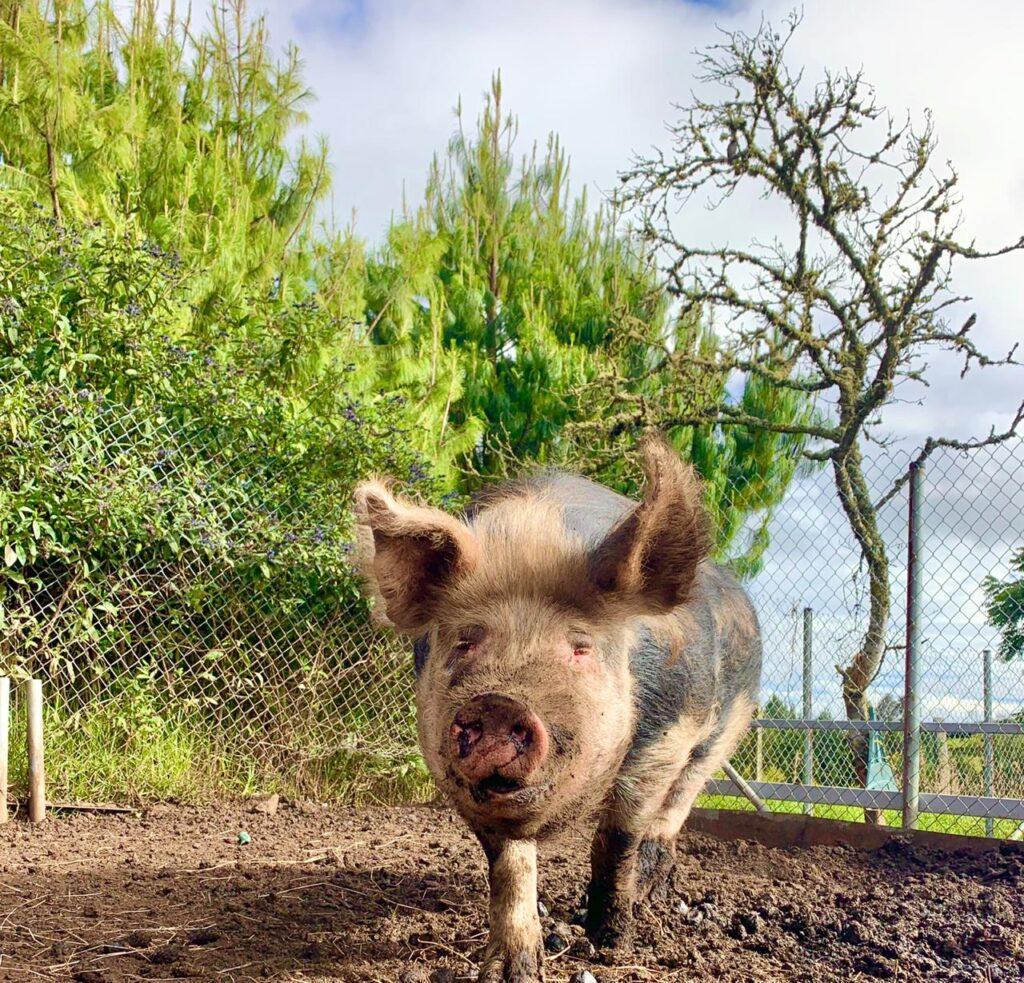 It is a very irresponsible attitude to try to dedicate yourself to the rescue of farm animals without having the relevant facilities to do so, much less not having the resources to maintain them.

Many people who are used to having pets in their lives, think that farm animals should be handled the same, but the truth is that the cost difference is very big. There is no education regarding how the care should be for animals that are not considered as pets, in addition the prevalent knowledge is that which comes from those who exploit them.

A rescue is not carried out by buying animals, this is counterproductive and instead of being rescuers we are being clients of the system that we want to abolish. Regardless of the good intentions that exist in this regard, it must be understood that not all people have this vision of rescuing animals, much less respecting them. The fact of depending on humans involved in the machinery of animal exploitation is something very serious, since they, on the contrary, seek profit at all costs, often inflating the value of animals to earn more. This would be nothing more than perpetuating the cycle that veganism wants to close.

This brings us to the story of Poldark, who came to us due to an accident he had with a horse, who hit him hard in the jaw, destroying his bones completely. He was barely four months old. He was greeted at the sanctuary a week later, and was immediately taken to the vet, where he underwent surgery to rebuild his bones.

The place that welcomed Poldark before arriving, was run by a man who had the intention of making his own refuge, however he did not have the necessary standards to build a safe place for the animals. For that reason this accident occurred, because if we had had a better system of fences that separates the inhabitants well, everything would have worked.

Not to mention that a large part of the animals that were in this place had been bought, Poldark himself was included in this group. We have already mentioned the conflicts that this causes, since it does not imply carrying out any type of rescue, on the contrary, it causes animal abuse to spread.

After 5 years, of many expensive interventions, and above all of a lot of patience and love, Poldark already has a quiet life and a powerful jaw, in fact he is the largest pig that inhabits the sanctuary and has an impressive appetite.

On a scale of 1 to 10 in terms of the demand for farm animal care, pigs are at 10, the highest level. They eat a lot and maintaining a diet of this style is very expensive, in addition the fences that surround them must be very strong, since they can easily break the barriers, they are very stubborn and often nervous animals, so they can be a danger to others and to themselves as well.

On the other hand, veterinary care for this species is very expensive, medicines, doctors, treatments are not even close to what it costs to care for a dog, what’s more, it is very likely to be the same as caring for five big dogs, even more.

All favorable conditions must be met before receiving any animal, the first thing to do is send it immediately to have all possible veterinary examinations taken, regardless of whether on the outside it seems that everything is in order. The fences must be ready as well, as well as the assurance that they will be away from others, since it is imperative that when they arrive for the first time they are quarantined to avoid contagion.

Rescuing animals is not a game, in truth it is a very complex task, which requires the support of many people to make it come true, under the conditions mentioned in this text. Otherwise, we incur in animal abuse. Make no mistake that buying animals is not doing them any favors, it is continuing to support the people who exploit them, giving them the message that they can also take advantage of people with the best intentions.

There are many animals that can be rescued without resorting to these practices, abandoned in thousands of places, who suffer even worse mistreatment than we can imagine, so we have to be vigilant and help at the right time. Without forgetting our capacities.