Home News The escape in Bogotá 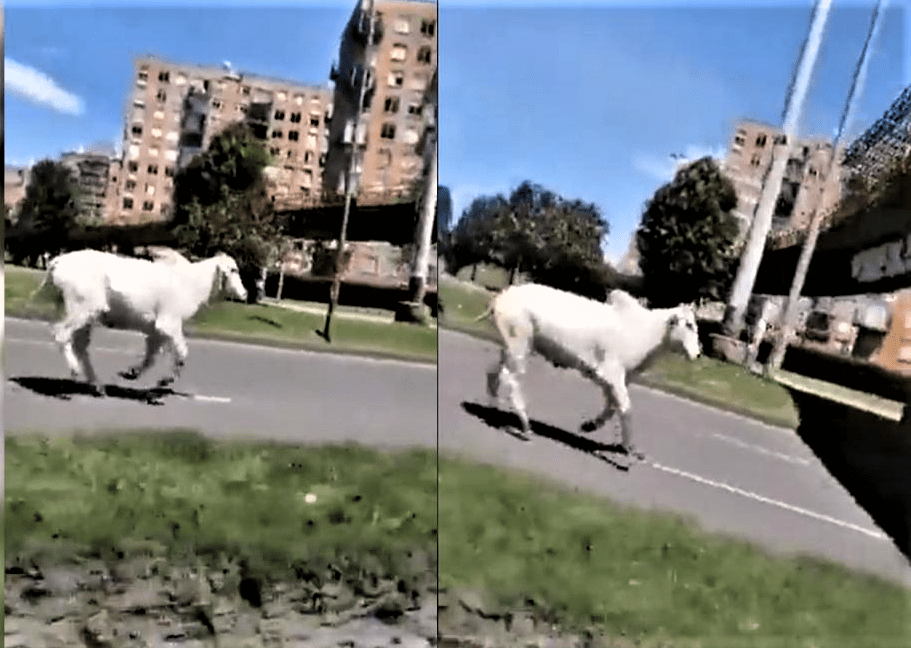 On September 28, the city of Bogotá experienced an unprecedented situation, as a bull escaped from the truck that was taking him to the slaughterhouse. He got out of the vehicle and began to run wildly down the road, also in the opposite direction.

This happened on a very busy road in the city, which fortunately was relatively empty at the time. The situation was so unusual that several drivers and motorcyclists stopped to take a record of what happened.

On the positive side, at that time no human was injured amid the chaos, the workers who were carrying the truck managed to catch the bull. However, on the negative side, it is not known what became of him, although knowing the destination to which he was going, it is not difficult to understand.

This has been a situation that made many Colombians think, since they had never seen an event of this kind take place in the capital before. The questions that many asked themselves are: what is going to happen to this animal? Why was he so distraught running to the opposite side of the truck? For the first time, many saw what they put on their plate in a different way, they realized that cows are not ignorant of suffering.

But this does not mean that a drastic change has been caused, even so, it is important that people see that it is not healthy to have a life in which other species that live in fear are exploited, that do not want to be killed for the pleasure of others.

So now more than ever, the sanctuary’s goal must be firmer. People need to make the connection between what they are doing and the suffering they cause by their actions that may seem innocent due to the education they have had throughout their lives.

If we can make humans understand that there are better ways to live and, above all, coexist with other species, it is likely that many will want to take the option that does less harm.