Home News End of the year traditions and veganism in Colombia The end of the year traditions are very important to Colombian culture. There are a lot of celebrations that take place uniquely in this country and some, unfortunately, cause a lot of harm to animals or exploit them in some way.

In the city of Medellín, something called “Alborada” has been celebrated since very recently, which in theory welcomes the month of December. However, its beginnings are darker, since those who started it were paramilitaries who were celebrating their demobilization, but they continued with this activity to show that they still rule the territory. One of the most serious aspects of this is the damage done to the environment and especially to animals. These thunderous sounds cause the birds to be completely disoriented, the dogs and cats faint, and many of them die from these sounds that are incomprehensible in the middle of the night.

The authorities and some civil initiatives have tried to put an end to this horrible activity, but many people do not understand what is behind this fateful celebration. Although fortunately it does not seem to have much popularity in the new generations.

This is followed by December 7, a tradition that comes from the late times of the Roman Empire to our days, in which it is celebrated a little more calmly, although on this day there is also some problem with respect to gunpowder that some Irresponsible people often burn without being trained to do so. 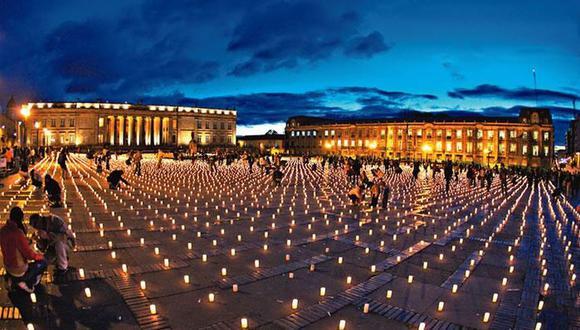 From December 16 to 24, there are parties called “novenas” that prepare in a certain way for Christmas Eve, in which most of us Latinos celebrate with huge banquets. In this case, a series of gatherings very similar to those of Thanksgiving in the United States.

There are certain peculiarities in the dinners of Colombian families. Colombia has never been oblivious to the use of turkeys in its dinners, since the nineteenth century you can find records of recipes for this bird. Although it is a phenomenon of the twentieth century that is used for Christmas and New Year’s Eve. The use of turkey can be something new in these parts, since it is completely related to Anglo-Saxon traditions. However, the reality is different, since the use of turkey originally arose from Mesoamerica, where the inhabitants already had domesticated turkeys, which the Spaniards later took to their country of origin where it became popular little by little. This bird comes to England through Turkey, for that reason they called it “turkey”. That was where the tradition of using it for Christmas dinner began.

There is no standard way of Christmas dining for Colombians, since these customs that come from outside the country are combined with the traditional ones of the native gastronomy, even so, all the options used for this date contain some product that threatens the life of the animals.

The good news is that for a few years now, many people have taken on the task of “veganizing” various typical Colombian recipes, especially those that are used on celebratory occasions.

The “lechona”, for instance, is a dish that is the epitome of cruelty. It is a suckling pig cooked in the oven which is exposed to the full body and stuffed with rice with peas. The vegan version is extremely close in flavor to this and now there are brands that sell it packaged and ready to heat. 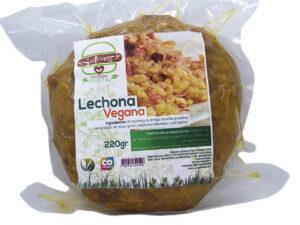 The vegan versions of the Christmas turkey are fantastic, with a very similar taste and fillings as it is considered it should be for special dinners. It is even sold in large quantities at the end of the year. 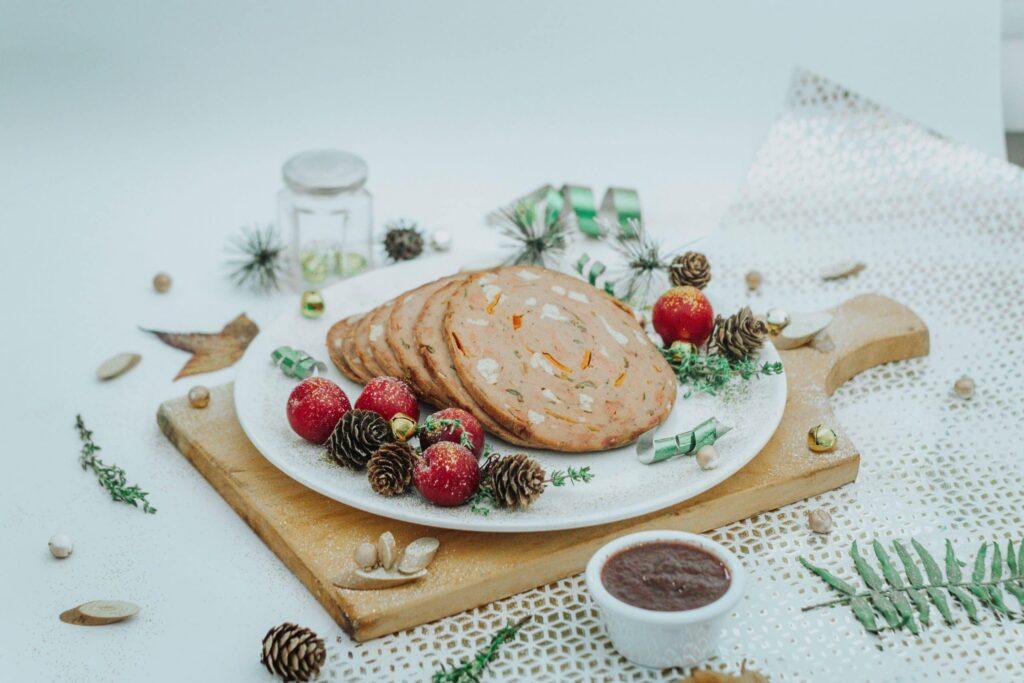 Desserts are something that can never be missing from Colombian tables, many of them are even accidentally prepared vegan. For example,”Natilla”, which is originally prepared with cow’s milk and cornstarch. Due to the problems that are generated with lactose intolerance, many people have decided to use plant-based milks so that they do not have problems digesting it.

One of the biggest challenges in vegan gastronomy is making the “buñuelos”. Which is originally a cheese dish with fried corn dough. It is a problem, since when frying them in oil they can easily explode if it is not done with the proper technique, and the smooth texture is complex to achieve with the vegan recipe. Still, over the years, people have continued to insist on achieving great taste, and they have achieved this by using various ingredients, such as special flavorings and chickpea cheese.

It is incredible how the interest of people to make vegan recipes in these times has been increasing, which gives hope that in the future this type of gastronomy will be as common in Colombia as the traditional one. The most important thing of all is that animals are not used and abused, as they have nothing to do with our celebrations or rituals.