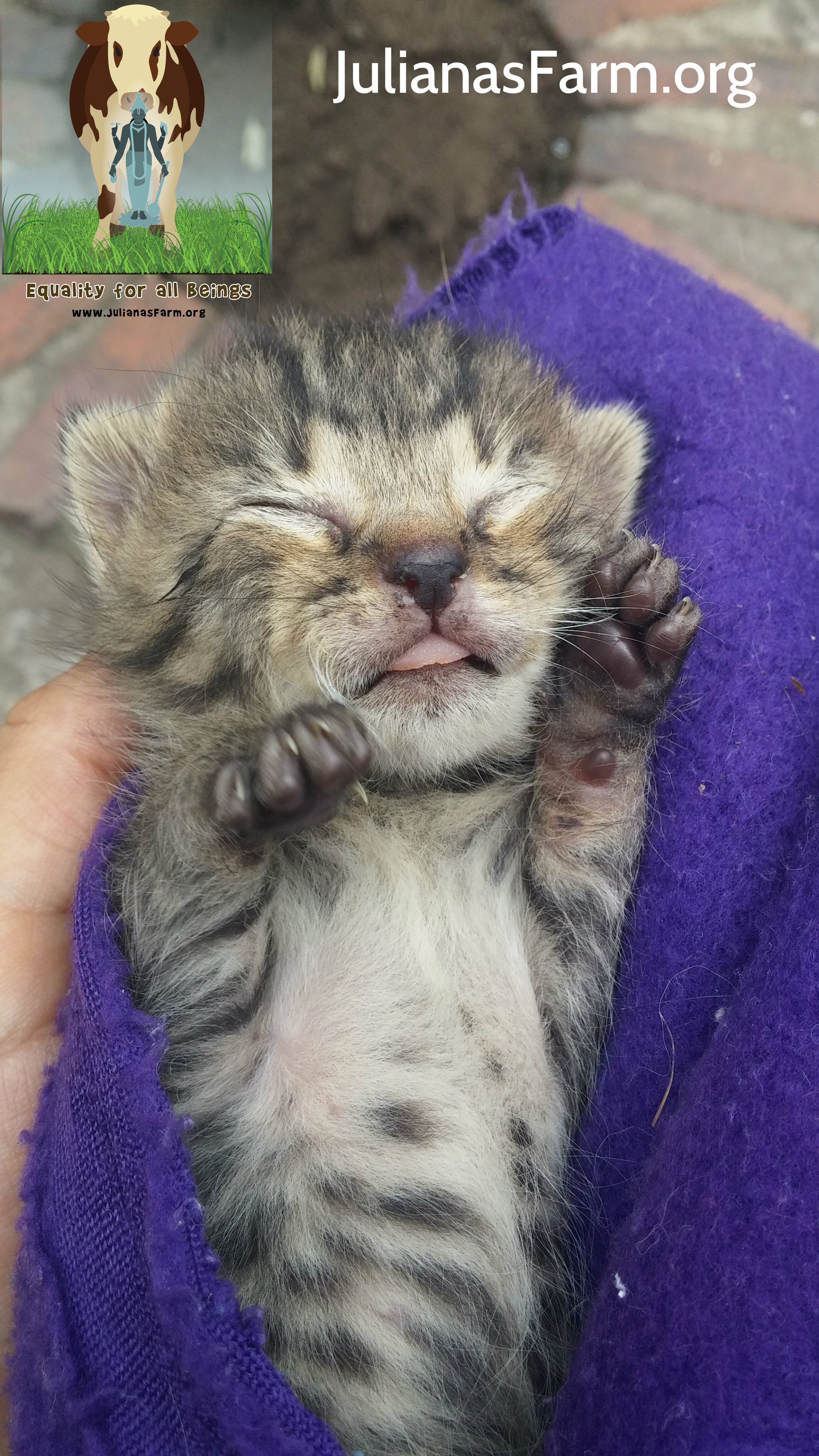 From the first  day we arrived at our new farm, we started feeding a family of 4 dogs (we call the white family) plus 3 cats. After 4 months of feeding this small family we discovered that all 3 cats were pregnant so we watched them closely for the day they gave a birth in order to take care of the babies and the mothers. It was not easy to catch the cats, they are feral and have had little interaction with humans. Three weeks ago, the owner of the farm, told us that one of the cats had clearly given birth, but when we went to pick up the mom and babies, the kittens had disappeared. (She had most likely relocated them to a hidden place). For several days we looked for them unsuccessfully, but yesterday we heard a feeble mewing sound coming from the bushes, so we finally found one and brought him to the sanctuary. 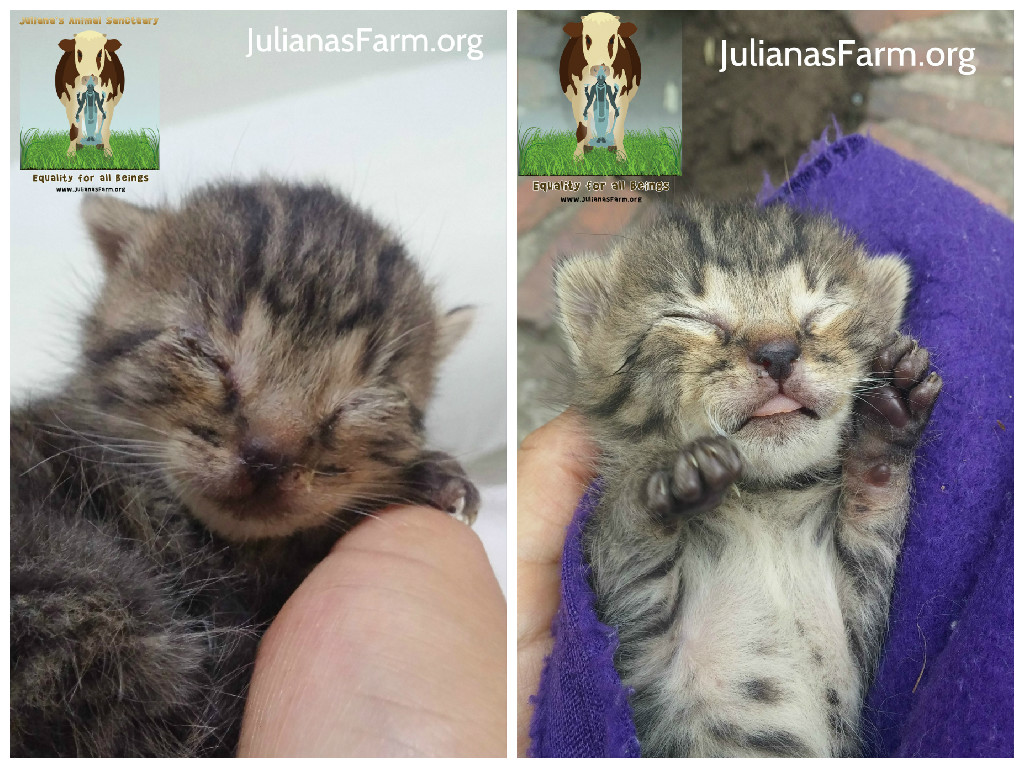 We tried to catch the mother of this kitten, but were again unsuccessful. We have to catch the other two pregnant cats, but we fear one has already had her babies somewhere.

A friend lent us a cage-trap for cats, but of course they won’t go in the cage. 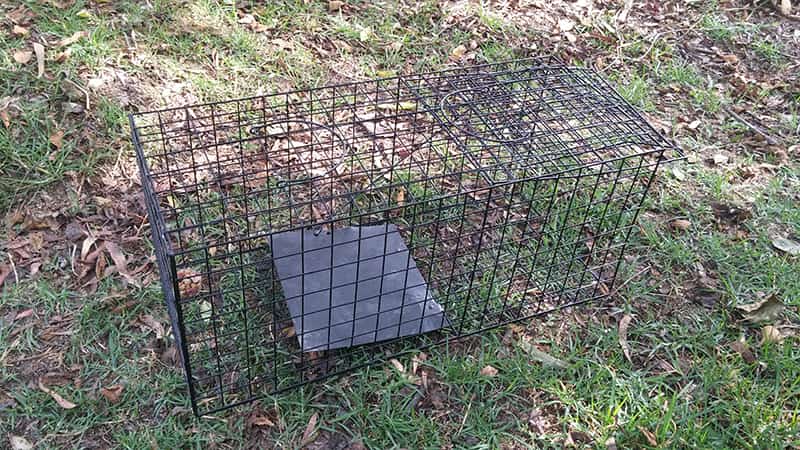 So, for now, we have this kitten, we call him Nimai, he is 3 weeks old. He has a cold which is already being treated with medicine, a mild eye infection also being treated, and he is eating his food and apparently in good health, according to the vet.

Hopefully, we can catch Nimai’s mom so we can spay her, and the other two momma cats and hopefully rescue their babies. 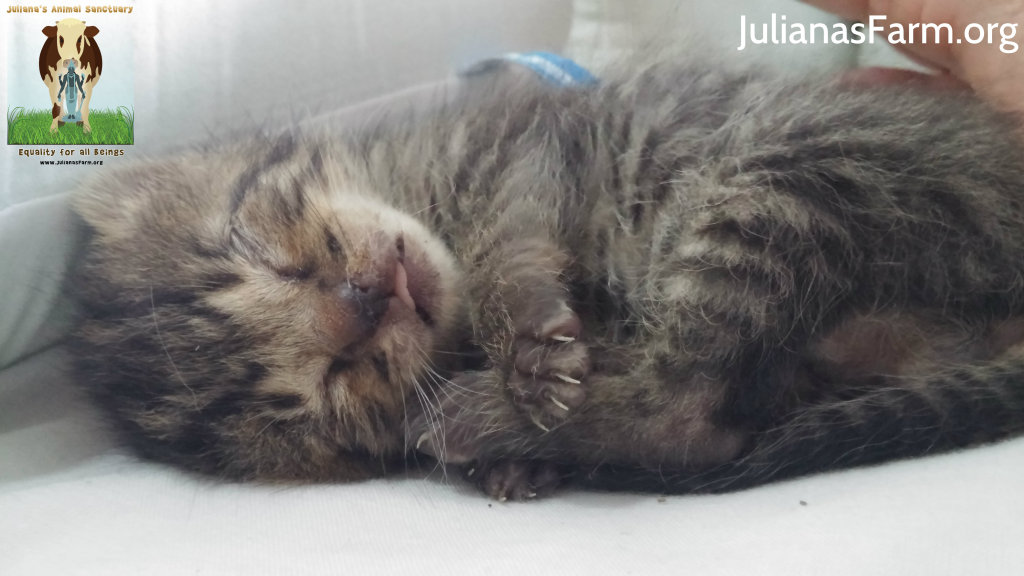 We can’t save all animals abandoned or in danger so we should opt for more permanent solutions. Spaying and neutering animals and educating people about animal protection are key elements in the future welfare of all animals, and these two (sterilization and education) are part of the projects in our sanctuary. We can achieve this only with your help.

If you want to help