Home News The life of animals in the security business

In the history of the world, animals have been used for war or security purposes in some cases. It is not necessary to go into much detail to realize that this is a complete abuse towards them, one of the many forms of exploitation that humans have exercised against other species.

In Colombia this has not been strange, since it is a country convulsed by war, drug trafficking and insecurity in the cities. Since colonial times, animals have been used as weapons against other humans. Unfortunately, no close change can be seen yet.

The Colombian army has a special and very well organized department for these tasks, they have very well prepared people for the training of the different animals they use. Especially when it comes to the identification of narcotics, since a method has not yet been found that manages to defeat the powerful sense of smell of canines.

Likewise, they have programs for retired soldiers, as they educate them so that they can be trainers of other humans that train more animals; also seeing this as a way to earn a living and effectively reintegrate into society. For that reason, it is difficult for people to leave these professions so easily.

In the case of the mounted police, for example, horses are used to patrol rural areas near the city and in parks. These patrols protect the paths people use to explore and break up small drug-trafficking markets in city parks. However, the use of horses is gradually seen as something bad in the perspective of Colombian citizens; so this activity, for example, is one of those that could be abolished more easily.

Some politicians have begun submitting proposals to ban the use of animals in at least some cases. This has already started to happen in some universities, who are looking for other security alternatives. At least three universities in Bogotá have already stopped using dogs at their doors. 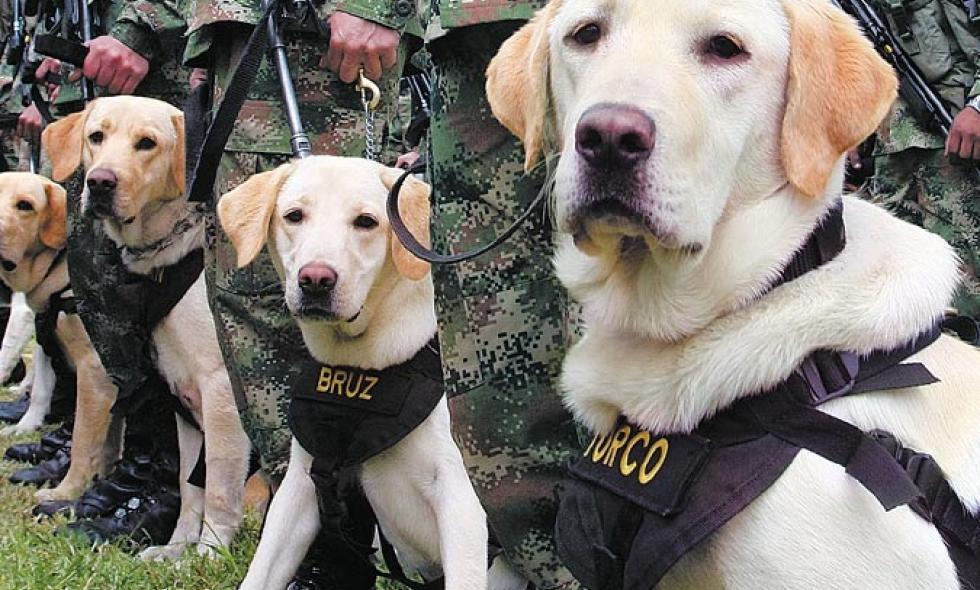 It is worrying, even so, that proposals arise in which it is intended that private security animals contribute to the security of the city. This would put their lives at serious risk, although the city government does not see it as something serious. Moreover, in the mayor’s offices of the cities of Colombia, events are held to decorate the animals that are considered heroes.

These types of ceremonies have no meaning for other species. No decoration should be valid for exploitation, much less for risking their lives in other people’s affairs.

Although the road is long, it is expected that units such as the police carabinieri can drastically reduce their use of horses and dogs in security matters. The mentality of Colombians is changing little by little, they no longer see other species as simple objects that can be used for our whims.

It is imperative that we look for new options in technology, so that animals are freer every day. We have all the tools, using animals for our conflicts is a thing of the past.